“The Wind Blows” is the follow up to a special acoustic re-release of Michael Dunstan’s fan favourite single “Lay In The Sun”, released in September, which landed coveted spins on triple j, and praise from Tone Deaf, Forte Magazine, Milky Magazine and more.

“’The Wind Blows’ is a song for closed eyes.” says Dunstan. “A song to unwind, reflect and relax to. The track is a peaceful journey about acknowledging all the beauty that is held in the unpredictable nature of life, and the unexplained. My front porch in Stirling faces toward our street, which happens to channel the stronger southerly winds we experience when they blow. Where our house is situated however, is relatively protected in comparison to the other side of the street. It’s the treasured place that I started exploring and practicing mindfulness in the mornings (simply put, is the art of sitting in silence with eyes closed for periods of time to progress towards being more present, more often).

Sometimes in summer, if you’re lucky you’ll find yourself sitting in pure stillness while you can hear, or watch the one lone tree on our neighbours grass rustle in the 20 knot seabreeze. It’s rather surreal, as you can see it and hear it loudly, but can’t feel a thing. It’s probably nothing profound, just the way our street angles; but everytime I witness it, it fills me with awe and wonder. It feels like I’m just a small witness to something much bigger than I, and it’s incredibly calming and reassuring.”

After an incredible 2020, which saw a groundbreaking critical response to In the Grand Scheme, as well as eighteen months of extensive touring between Australia and New Zealand, Michael announced an intimate WA tour, bringing his easygoing songwriting and folk/surf-rock stylings to live audiences once again.

WATCH THE VIDEO FOR LAY IN THE SUN (ACOUSTIC)

Born and raised in the quaint Wheatbelt of Western Australia, Michael Dunstan’s career has seen the twenty-four year-old expand his horizons as his music takes him around Australia and New Zealand. However, that doesn’t mean he’s left his regional roots in the dust – as exemplified by this intimate run of local shows.

Dunstan’s laid-back attitude and preference for a slower pace of life is exemplified in his music, which is rooted in a mix of traditional folk and relaxed surf-rock styles. His lyrics are open and honest, and they seek to reflect on travel, serenity and growth.

If one thing’s for sure, it’s that the name Michael Dunstan will be cemented in the Australian music scene for many years to come.

“The Wind Blows” is available on all platforms now.​

“Damn this is a pleasant few minutes spent in Michael’s company. Warm and a smidge bit wistful.” – Dave Ruby Howe (triple j) on “Lay In The Sun”

“Western Australian singer-songwriter Michael Dunstan makes thoughtful, warm folk music that at once feels universal and intimate. His latest single, ‘Smoulder or Ignite’, is a lush campfire meditation on the unpredictable passage of time, and the inevitable change in relationships that the future brings.” – Music Feeds

“Pleasing guitar plucks and soothing tones welcome us into the song. Dunstan’s mesmerizing and calming vocals quickly cut in as you begin the journey with him… Dunstan… sings in a way where you know he is feeling each and every word. The lyrics take on a life of their own in a way that is unique to only him.” – Atwood Magazine

“A cracking folk tune.” – The AU Review on “Smoulder Or Ignite”

“Michael’s pensive writing reflects and explores periods of travel, calm and silence, and the accompanying revelations and growth found while transitioning through life.”
– The Western Australian 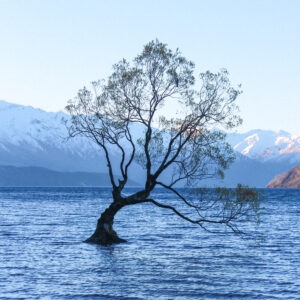 STAY CONNECED WITH BLACK OF HEARTS