BE THE SAME’ + MELBOURNE

Melbourne’s Mia Wray releases the explosive video for her latest single, ‘Never Gonna Be The Same’.  Matching the track’s commanding tone, the clip sees Mia and her Walkman striding down the streets of Melbourne, lost in the moment while Mia dances in an almost exorcistic release. The clip not only captures the free-spirited power of the track, but also gives fans a glimpse of the Mia’s captivating live energy.

WATCH: ‘Never Gonna Be The Same’ by Mia Wray

In further exciting news, Melbourne fans have the chance to see Mia perform at the Sidney Myer Music Bowl as part of the mammoth Summer Sounds Festival on Sat 27 Feb alongside Bernard Fanning, Something For Kate and Didirri.

The arrival of the ‘Never Gonna Be The Same’ video comes off the back of a stunning response for the track, added straight to full triple j rotation and triple j unearthed, with praise from the likes of Music Feeds, Rolling Stone, NME, Ash London (HIT) & named as one of triple j Unearthed’s 10 artists to watch in 2021. Mia’s performance of the song on the recent Channel 9 broadcast of the Sounds Better Together concert series also saw the song shoot straight to #5 on the iTunes Charts.

Out now through Ivy League Records 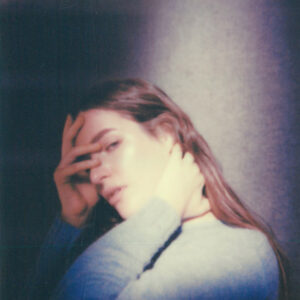 “Mia Wray’s knocked it out the park with ‘Never Gonna Be The Same’; leaning heavy into cathartic pop territory on a jam that further establishes her spot as a local star in the making”– triple j

“Melbourne musician Mia Wray is back with another mesmerising tune, proving that she’s only just getting started” – Rolling Stone AU

“It’s a cathartic pop cut that swerves between brooding verses and high-energy refrains, all anchored by Wray’s commanding vocals” – NME