‘Never Gonna Be The Same’ Tour

In celebration of her current single ‘Never Gonna Be The Same’ and off the back of a sold out, four date Melbourne residency at the Northcote Social Club, Mia Wray has announced her first headline East Coast tour, where she’ll play to fans in Brisbane at Black Bear Lodge (Wed 26 May), Sydney at The Lansdowne (Wed 2 June) and Melbourne at The Corner Hotel (Thurs 17 June).

The Melbourne artist has been causing a buzz with her hugely powerful live show. As well as her own dates, Mia has joined The Rubens for select shows on their national 0202 Album tour, so far playing to fans across QLD and NSW, with shows across VIC, TAS and ACT still to come. This Wednesday Mia will also be supporting The Teskey Brothers at their sold-out shows at The Forum, ahead of taking the stage at the Sidney Myer Music Bowl this Saturday for a live performance as part of Music From The Home Front.

The run of shows comes off the back of an incredible response to her current single ‘Never Gonna Be The Same’, a commanding anthem that sees Mia continue to lean into her own power. The single has been embraced by the likes of triple j, triple j unearthed (named as one of the station’s 10 artists to watch in 2021), HIT Network, Music Feeds, Rolling Stone, NME & more. ‘Never Gonna Be The Same’ followed ‘Work For Me’, one of the most exciting debuts of 2020, which was added straight to full triple j rotation, over 10 Spotify editorial playlists, Apple Music support including a spin and plug by Elton John on his Beats 1 radio show, an acappella performance of Work For Me on ABC’s The Sound and championed across the likes of NME, Rolling Stone, Pilerats and more.

Tickets on sale at miawray.com 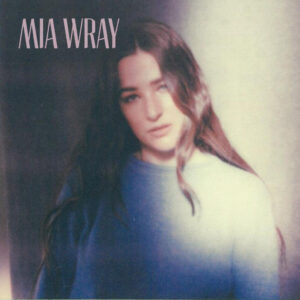