The Clyde Munroe directed video is a dark and stylistic representation of the emotions that Max expresses throughout the lyrics of the new track. Released via Darkroom Records, the EP is out now at all digital retailers.

Boasting a bevy of fan favourite tunes, the nine-track EP taps into every facet of Max’s enigmatic alternative approach to pop. On ‘in case (there’s a change of heart)’, dusty acoustic guitar creaks underneath his untouched vocal delivery as he confesses, “I’m just online pretending I’m fine, in case there’s a change of heart.” Piano upholds the cinematic ‘Escape‘ as he observes, “I sit and watch the fire burn and, suddenly, the lines are blurred,” while his falsetto pierces head-turning lines such as, “My head is on a swivel.” He paved the way for the EP with the latest singe ‘untitled’ last week.

Of the release, Max shares “I titled the EP Malleable because I wrote it over the course of a year that stretched and warped my reality so much. It feels like an amalgamation of all these different emotions that I’ve been left to sit with without any significant distraction. I’m definitely coming out of the process of creating this project a totally different person than I was when I started.”

Prior to release, tracks from the EP have gathered a total of 17M audio and video streams to date. Among other highlights, V Magazine touted ‘the craziest thing I’ve ever done’ in V’s New Music Round-Up and went on to claim, “This lo-fi cinematic song almost feels anti-pop, going against the grain of fleetingly cheerful melodies for a darker energy.” Further praise followed from ThisSongIsSick, The Interns, and more.

Leone has quietly emerged as a tastemaker-adored alternative pop outlier. PAPER extolled ‘First Grade‘ as “a real winner,” and Billboard crowned him “a Gen Z bedroom pop star.” Pigeons & Planes predicted, “Leone is creating the kind of compelling pop music that feels new and exciting, but also wouldn’t be out of place on the radio or Billboard charts.” Leone closed out 2020 with ‘5‘, a September release that “perfectly inhabits an authentic, alternative pop space,” according to Ones To Watch. Also last year, Leone earned buzz for tracks like Malleable (a July release that prompted The Line of Best Fit to praise him as a “lo-fi pop troubadour”), ‘The Beach‘ (an Alexander 23-produced song that drew acclaim from NME, who noted his “genuine raw talent”), and ‘Cautious‘ (a single quickly added to triple j rotation and supported by BBC Radio 1). Breaking all boundaries, Max Leone makes pop Malleable…

Malleable is out now via the Darkroom / Universal, buy/stream it here. 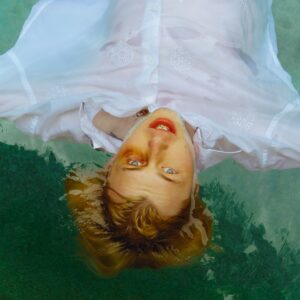