‘TOTAL ECLIPSE (OF THE SUN)’

Formed in 2018 in the post-industrial wasteland that is North West England, Rodents are a post-punk/post-hardcore band creating music with drum beats executed at break-neck speed, spiralling riffs and lyricism best described as the bastardised child of Crass and Minor Threat.

Made up of Cameron Wybrant on vocals and rhythm guitar, Daniel James on drums, Frankie Endley on bass, and Joe Twentyman on lead guitar, their tracks are fueled on the passionate resistance to the sheer injustices that plague what is supposed to be a free, meritocratic, and just society. Rodents attempt to laugh in the face of sheer adversity – with songs ranging from the illegitimacy of the police force, Dark Fruit’s lad culture, the struggles that come with identity, to the conglomerate that is Murdoch’s News Corp. 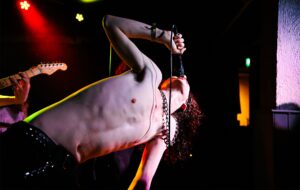 Bringing an incredibly energetic live show, they channel the anger and vitriolic hatred of this unjust system of austerity and cuts, hoping to channel it into a music of unity and solidarity. Expect pits, entertainment, and stage invasions! They released their debut single “Mad Fer It” in the Autumn of 2019 which was relatively well-received, followed up with “All Cats Are Beautiful” and “Smile for the Camera” in March of 2020, just before the COVID-19 pandemic hit. They have more material recorded and ready to release, and are hoping to come back bigger than ever before in the coming months.