The album consists of twelve enthralling tracks of resounding, dreamy indie music that floats and sparkles with intricate competencies that accentuate the elements that have come to define Majak Door’s distinctive sound.

“The album as a whole touches on many different areas,” the band comments on the themes of ‘Majak Door’. “Nostalgia, friendship, politics, and anything else that crosses the mind of a 20-something-year-old.”

Opening track ‘Champagne Brown’ sets the tone with a natural atmosphere of percussion and absorbing bass amidst a floating layer of reverberated guitars. The succulent serenity accentuated by the subtle vocals and liquescent structure flows into the familiar second track ‘L’acqua Salata (Ain’t So Sweet)‘, where shimmering instrumentation and an alteration of dynamism further spotlight the group’s diversity.

The third track, ‘Will She Leave You’, heightens a graceful journey full of gliding guitars and balmy drums, while the commanding vocals of lead singer Frankie Vakalis interweave with the track’s virulent environment.

Fourth track, ‘One Thing At A Time’, begins with elegant chorus-laden leads and a calming rhythm section, while charming vocals comfortably advance the song towards its tranquil hook. The infectious energy continues with fifth track, ‘The Man’, where a walking bassline and graceful harmonies underline a playful and buoyant setting before being brought down by the serene sixth track, ‘King Tide’, where the gorgeous landscape is given further depth by the lusciously strolling arrangement of this dreamy offering.

The seventh track, ‘Everybody Wants You’, is an upbeat cacophony of resonating surf-rock and Brit-pop, overflowing with rich layers of guitars and steady drums. At the same time, harmonious vocals swell and flow amidst the fusion. Track eight and recent offering ‘Smoke In The Air’ introduces imposing synths as the tempo drops to a stoical pace, brimming with all the iridescent elements of prodigious indie music, before transitioning into ninth track ‘Headspin‘, where an entrancing texture prowls and intensifies the kaleidoscopic ambience, as dynamics rise and fall to showcase the band’s alluring chemistry.

Tenth track, ‘They Know We Know’, returns with the Western feel that engulfs the record, as multiple scintillating clean guitars intertwine as the spellbinding structure glides on into the penultimate track, ‘My Nostalgia’, a melancholy and vulnerable number produced with utmost delicacy. The final track, ‘How Do You Feel’, closes out the album with assertive drums and compositional complexities, summarising an extensive body of work from a group that has skillfully shown their capabilities and proficiency.

Since their inception, the band have consistently traversed the East Coast of Australia, packing out shows across Sydney, Wollongong, Newcastle and Melbourne, as well as supporting local contemporaries Planet, The Grogans, Seaside and Merpire. 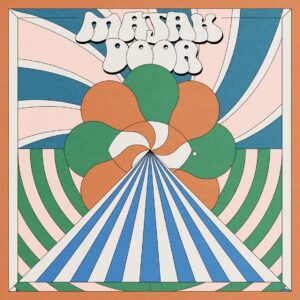