Madoc Plane has weaved soul, alt-pop and lush funk-rhythms to craft his latest offering ‘Right Reason’. The Perth-based artist has progressed with his sophomore single release, allowing it to act as a marker for the refinement in his direction & style. Having already drawn ample praise from triple j Unearthed, triple j & tastemaker MILKY, the emerging songwriter found himself falling back into bad habits after a major setback. Finding it difficult to pull himself out of an emotional slump, the chorus in ‘Right Reason’ is a sonic and vocal cry for help, an aching on his behalf to emerge from the internal stagnation & despair.

Utilizing ambient layering, atop a grooving pulse of the drum beat, ‘Right Reason’ showcases the talented composition of Madoc Plane, with the compelling chorus hook “I’m hoping that it was for the right reason” acting us a callout when Plane was at his lowest. Vocals and drums were recorded with Sam Ford (POND, Psychedelic Porn Crumpets, Abbe May), at Tone City Recording Studio. Sampled drums were blended alongside these, with keys, guitar and ambience also added from a pre-production session with Blake Weller. Stylistically, Madoc Plane has drawn heavy influence from the work of Jordan Rakei and their latest record ‘Origin’, which also takes heavy inspiration from jazz, soul & funk, blended with pop sensibilities. 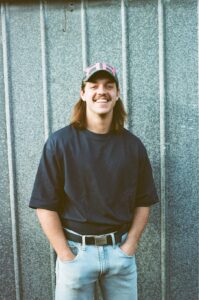 “Stylistically, ‘Right Reason’ displays a more alt-pop/soul sound, shown through the driving drum beat and dense harmonic and ambient layering, creating a colorful atmosphere for the powerful vocals to beam through. The chorus displays a catchy yet compelling vocal hook which demonstrates the desperation and emotion in the lyrics. The dynamic shape begins its climax in the guitar solo, where the harmonized guitar precedes a powerful vocal performance to close out the song.” Madoc Plane

Whilst still in the youthful depths of his live performance career, Madoc Plane has prepared his debut headline show to coincide with the release of ‘Right Reason’. Heading to the iconic Four5Nine Bar in Perth, he’ll be joined by local legends Nectar & Luci to complete the night, sharing his soulful soundscapes for audiences across the West Coast. The launch will also mark Madoc Plane’s signing to rapidly emerging Perth label Tone City Records, with the songwriter in esteemed company amongst SUPATHICK, Romeo Walker, DICE, Siobhan Cotchin & many more.

I’m seriously stoked to be joining the Tone City Records family! Most artists don’t get a chance to be involved in something like this so early in their music careers, so there’s a lot of gratitude going the way of Sam Ford, who has confidently backed me in to write with some bangers. I’m at a time in my life where music has become my number one priority and I couldn’t be more excited about it. Madoc Plane 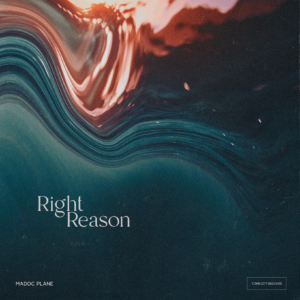 “Woah boyyyy! Keen to hear more from this natural”

“’Yew wow! I’m picking up your Jordan Rakei influence on this. An infection groove and crazy control on the vocals. BIG fan!”

“Smooth and warm with plenty of clever jazz interplay in those piano lines, nicely executed”

“Excuse me! That voice of yours! How is it that this is the first time we’re all blessed with hearing it! Soulful, beautiful stuff.” 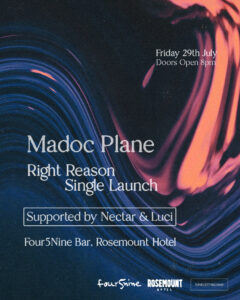 Stay connected With Black Of Hearts