Melbourne’s LUNE are carving their own path into the world of music with their exciting and refreshing take on Metalcore. Today, the ignite the spark on new single ‘Factory Fires/Funeral Pyre. The new track drops on Friday October 22nd and can be pre-saved at https://ditto.fm/lune-factoryfires-funeralpyre.

LUNE’s debut EP Ghost racked up over half a million streams across Spotify and Apple Musicsince its release in June 2020, but the quintet have wasted no time in 2021 following up with powerful new singles EXIT and now FACTORY FIRES / FUNERAL PYRE.

Vocalist Nathaniel Smith, said of the new single that “In light of our current global context, we have had time to reflect on the uncertainty of times ahead. Written from the perspective of a parent, Factory Fires / Funeral Pyres explores the difficulty in allaying a child’s fears of the precarious future they face. The end of our own making, the looming despair sets in as society’s consumerist frivolity catches up with us. ‘

The new track was Mixed/Mastered by Buster Odeholm (Hacktivist, Born of Osiris), and was Produced by Jamie Marinos (Gravemind, Alpha Wolf) & Krys Smith from the band. The poignant lyric video was produced by Third Eye Visuals, who have produced videos for Parkway Drive, Alpha Wolf, Thy Art Is Murder and more.

Off the back of a sold out home town show at Stay Gold (their 3rd ever live appearance) LUNE continued smashing their way into the spotlight of Australia’s heavy music scene with a performance that is described as “captivating” and “not to be missed”. It’s easy to see why they were chosen to open shows for local legends such as Gravemind and Polaris and why their 2022 calendar is quickly filling up. LUNE have recently partnered with the Destroy All Lines booking agency – there is clearly no slowing down for them in 2022!

The band’s potential and skill have been acknowledged since their inception, with triple J Unearthed’s Tommy Faith giving their single 4.5 stars and saying of the band “[LUNE] might just be the next heavy act we see coming through on a national level because this new record is a battering ram that’ll heed no obstacles and brook no defiance.” and killyourstereo.com’s Alex Sieversproclaiming that “[LUNE] make two clear statements. The first is that this band sure aren’t here to fuck spiders; the second is that there’s a lot more where this five-track came from; further potential loaded in the barrel with their finger on the trigger. So keep your eyes on Lune moving forward if you know what’s good for ya.”

Having accomplished so much in such a short time as a band, LUNE is a group that will not let itself go unnoticed. You may have heard the hype but make no mistake, when you experience LUNE you will believe it. New single ‘Factory Fires/Funeral Pyre’ drops today at https://ditto.fm/lune-factoryfires-funeralpyre. 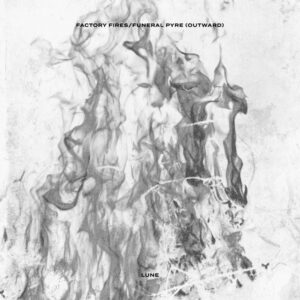