Brisbane musician Luke Daniel Peacock has just released his highly-anticipated new single “The Common Good”. With world-class, Coldplay-esque vocals, the single is an expansive pop ballad that rounds out his trilogy of singles for 2020, which included “Give Me a Reason” and “The Odd Specifics” (both praised by NME, triple j Unearthed, PileRats, Tone Deaf, FBI, 4ZZZ, Radio Adelaide and The Music).

A sunshine-filled tune, “The Common Good” mixes gentle, atmospheric guitar strums with soothing percussion and Peacock’s angelic vocals, culminating in a synth-pop anthem ripe to be enjoyed in the warmer weathe

Luke was born and grew up in Brisbane, QLD, Australia. He is a descendant of the Meriam people of the eastern Torres Strait Islands –in particular the Samsep tribe of Erub. He also has strong Scottish heritage. He credits to both of these lineages to his deep attraction to song and melody. Through it’s pearling industry and transient population, the Torres Strait is a famous melting pot of culture and music, which Luke was exposed to through his grandmother, her guitar and her endless canon of traditional island, Caribbean, folk and country songs. Scotland is home to many of Luke’s favourite pop-heavy bands, including Teenage Fanclub, The Jesus and Mary Chain, Cocteau Twins, Chvrches, The Waterboys and Frightened Rabbit.

At the age of 12, Luke suffered a serious leg injury, which led him to pick up his fathers guitar. Through a heavy diet of Nirvana and more Nirvana, he began teaching himself how to play. At 17, he began performing in local bands and quickly showed promise as a songwriter, winning a Queensland Music Award for his song ‘Abacus’

Luke then took a job at the local Brisbane First Nations radio station, 98.9fm. It was during his time there that he met members of the band Halfway, who subsequently asked Luke to join them as their keyboard player. Luke bought a keyboard, learned the basics and joined the band. His first show with Halfway was at the 2011 Big Day Out.

Luke penned the song ‘Dropout’, which became the first single from Halfway’s next record, titled ‘Any Old Love’. ‘Dropout’ was co-produced by Robert Forster (The Go-Betweens) and Peter Jesperson (The Replacements). It picked up a Queensland Music Award and the album received an AIR award. 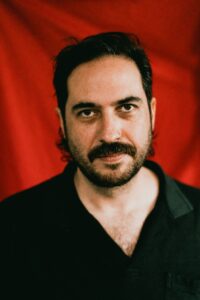 Luke’s radio job also led him to discover the music of Vic Simms, his appreciation of which eventually leading to Vic himself. They became fast friends and eventually hatched a plan to breath fresh life into the songs that Vic had initially written and recorded in Bathurst Goal in 1973. The subsequent album/live show ‘The Painted Ladies Play Selections From The Loner’, received huge critical praise, an AIR award nomination and was the subject of a popular documentary (The Loner) and several feature stories. The album saw Luke team up with The Medics as the core band and featured input from Ed Kuepper (The Saints), Paul Kelly, Roger Knox, Bunna Lawrie (Coloured Stone) plus members of You Am I, Powderfinger, The Church, The Go-Betweens and The Bamboos. In 2017, ‘The Painted Ladies Play Selections From The Loner’ featured in the book ‘The 110 Best Australian Albums’.

In 2015, Luke and some friends saw a short window of opportunity to record 10 of his own songs over a long weekend, which ended up being released as an LP titled “We’ve Come A Long Way Darling”. Though steeped in spontaneity, the album received high critical acclaim from across the industry and led to Luke being awarded The Billy Thorpe Scholarship Award in 2016.

The next few years saw Luke spend much of his time on the road. He toured and recorded in the US with Halfway, working with producer Mark Nevers (Lampchop, Silver Jews). He played a large number of festival shows with ‘Buried Country’, as well as ‘16 Lovers Lane’ –a 30thanniversary tour celebrating the classic Go-Betweens album with original members Lindy Morrison, Amanda Brown and John Willsteed. The show featured guest singers including members of Cub Sport, Ball Park Music, Montaigne, RVG, The Preatures, Royal Headache, Paul Kelly, Jen Cloher, Laura Jean and many more.Luke was the keys player, guitar player and backing vocalist in the band.

Luke is also a member of Headland –an experimental atmospheric/psychedelic band that makes music for surf films and features members of Wolf & Cub, The Cruel Sea, The Go-Betweens and GOD. They recently released an album, titled “What Rough Beast”

Luke’s otherindie-rock band -Minor Premiers –released an album in June 2020, titled “Sheets In The Garden”, which has drawn much positive attention since it’s release.

Lukeis currently working on new solo material, this time creating, performing and producing music completely on his own. The first taste –single ‘Older Then’ –reached #2 on AMRAP’s Metro Chart and lead to a spot as a performer and curator of Isol-aid #13.

The Common Good is out now | Official single artwork below 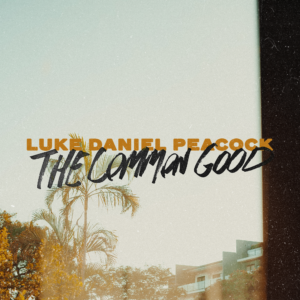