Melbourne’s LOSER reveal their first cut of new music for 2021 today with the release of ‘All I Need’, recorded via the band’s newly launched Restless Noise Studios.

“‘All I Need’ is a song about feeling incomplete even though you may have everything you need or want in life, yet you still can’t be satisfied. It’s an ode to all the people out there that may feel this way and to let them know that they are not alone,” adding:

“It’s been such a weird year and it really tested a lot of people’s mental health, this is my song for you to help you get through those tough times.”

Churning away slowly before drawing on big sing alongs and trademark guitar solos, ‘All I Need’ will no doubt making for a future staple live track for the band, who recently supported both Slowly Slowly (solo) and Shihad at their respective sold out Corner Hotel shows.

Today’s release also comes with the reveal of a new music video capturing  a year in the life of LOSER. This raw and intimate DIY cut offers a snapshot into the band’s perseverance with self-recording during an interrupted last 12 months.

‘All I Need’ comes after the release of one of the band’s most reactive tracks to date ‘Upside Down’ at the tail end of last year. ‘Upside Down’ saw playlist additions to the likes of New Music Friday AU/NZ, All New Rock, Local Noise, Rock Out, The Punk List, The New Rock + more, triple j/Unearthed play and rotation support, features via The Music, Wall Of Sound & Depth Magazine and has garnered over 40,000 streams to date.

With lockdown cancelling their plans to tour their 2020 debut album Mindless Joy, LOSER brothers Tim and Will Maxwell took to their parents’ garage to build a studio from scratch. Restless Noise Studios (coined after LOSER’s 2018 EP) officially launched to the public in January and will find LOSER recording other artists while continuing to double down on self-recording and producing their own new music. 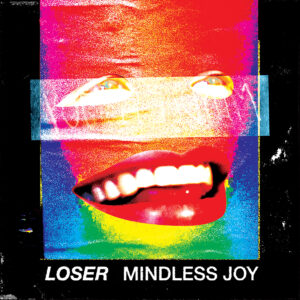 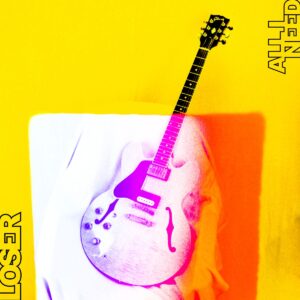