SPECIAL also includes instant hit, the worldwide smash and ARIA platinum “About Damn Time”, still sitting in the Top 5 on the ARIA singles chart after lighting up TikTok with over 5 million creates. On track to become Lizzo’s highest streaming song thus far, “About Damn Time” is joined by a dancefloor-inspired remix by German producer/DJ Purple Disco Machine, (streaming HERE) as well as an official music video now boasting over 57M views via YouTube HERE. 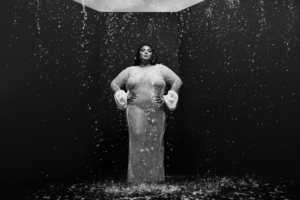 I Love You Bitch

If You Love Me

Along with the eagerly-awaited release of SPECIAL, Lizzo is celebrating a whopping six Emmy Award nominations for her #1 Amazon Prime Video Reality TV series Watch Out For The Big Grrrls, streaming now via Prime Video. Nods include nominations in the Outstanding Competition Program, Outstanding Directing for a Reality Program, and Outstanding Casting for a Reality Program categories. “We didn’t do this for awards, we did this for ourselves,” Lizzo writes in an Instagram post. “For the lives we touched making this… To shake up the industry… and show the world how BEAUTIFUL AND TALENTED WE AREEEEE!”

Lizzo also recently earned worldwide applause for her dazzling live performance of “About Damn Time” kicking off last month’s 2022 BET Awards (watch HERE). “It’s always a party when Lizzo is onstage,” raved Entertainment Tonight, “and she proved that once again on Sunday night. The singer brought the house down with an electrifying performance of her smash hit, ‘About Damn Time.’”  “Kicking off the awards ceremony with an unbridled celebration…Lizzo did it all,” declared Billboard. “She rocked a disco-ball pantsuit, played her flute, showed off some flawless vocals, and participated in some top-notch choreography.” “It was Lizzo who truly stole the show,” wrote Vogue. “The singer brought over-the-top glamour to the event in a way that only she can.”

A 3x GRAMMY® Award-winning singer, songwriter, rapper, actress, and so much more, Lizzo has shifted the sound, soul, and spirit of popular music and culture. 2019’s now-classic, ARIA gold certified debut album, CUZ I LOVE YOU, bowed at #4 on the Billboard 200 and cracked the Top 20 ARIA Album Charts, fueled in part by such history-making hits as the ARIA platinum “Juice”, the 5x ARIA platinum “Good As Hell”, and the 4x ARIA platinum “Truth Hurts”.

Named by Rolling Stone as one of the ”500 Greatest Songs Of All Time,” “Truth Hurts” went on to earn a 2020 GRAMMY® Award for “Best Pop Solo Performance,” with CUZ I LOVE YOU (DELUXE) receiving that year’s GRAMMY® for “Best Urban Contemporary Album” and “Jerome” earning “Best Traditional R&B Performance.”

Crowned 2019’s “Entertainer of the Year” by both TIME and Entertainment Weekly, Lizzo has adorned the covers of countless publications around the globe, spanning Rolling Stone, Billboard, Elle, British Vogue, and many more. Among her many unforgettable TV appearances, Lizzo has lit up the stage at the American Music Awards, the MTV Video Music Awards, the BET Awards, Saturday Night Live, and an epic opening performance at the GRAMMYs, to name just a few. Expanding her imprint and influence across media, Lizzo lent her voice to the 2019 animated film, UglyDolls, and joined Jennifer Lopez, Constance Wu, Julia Stiles, Keke Palmer, Lili Reinhart, and Cardi B in the all-star cast of that same year’s critically acclaimed Hustlers.

Lizzo maintained this unstoppable momentum on 2021’s ARIA gold certified “Rumors (Feat. Cardi B)” and what has already proven a jam-packed 2022, including a double duty hosting and performance on Saturday Night Live and a highly anticipated appearance on The Late Late Show with James Corden. Lizzo can currently be seen in the #1 hit reality show, Amazon Prime Video’s Lizzo’s Watch Out For The Big Grrrls, streaming now exclusively via Prime Video. Lizzo also recently added fashion entrepreneur to her multi-hyphenate career by joining forces with parent company Fabletics, Inc. for the launch of her revolutionary new shapewear brand, YITTY, with sizes ranging from size 6X to XS.