Liam Gallagher’s first two solo #1 studio albums – As You Were and Why Me? Why Not.– maximised the potential of a simple formula: team Liam’s era-defining voice up with some trusted collaborators, and add some fresh impetus to his classic ‘60s and rock ‘n’ roll influences. But third time around and there’s a twist in the tale with his new album C’MON YOU KNOW, out today.

Initially inspired by regular collaborator Andrew Wyatt’s off-kilter bursts of creativity, C’MON YOU KNOW instead took a number of weirder, wilder turns. Of course, Liam being Liam, there’s a touch of The Beatles and The Stones about the record, but a quick scan of early comparisons reveals references to everything from T-Rex and Hendrix to The Polyphonic Spree and the Beastie Boys. And it’s a record that’s further coloured by some unexpected collaborators, including Dave Grohl, Vampire Weekend’s Ezra Koenig and Nick Zimmer of Yeah Yeah Yeahs.

As Liam summarised in an interview with The Sunday Times, “It’s a bit peculiar in places, which is good: 80 per cent madness and 20 per cent classic. If you’re going to start doing stuff like that on your third album, it helps if there’s a bit of Covid about. Because if it doesn’t take off, and people go, ‘I’m not sure about this, it’s a bit weird,’ we can blame it on the virus and go back to the classic stuff.”

That 80/20 split is demonstrated by the songs that have previewed the album. “Everything’s Electric” (his highest chart UK solo single to date) is the result of Liam challenging Greg Kurstin and Dave Grohl to write a song that melds the thunderous dynamics of Beastie Boys’ “Sabotage” with the spiralling tension of The Rolling Stones’ “Gimme Shelter”. The record’s title track has Liam’s immediately addictive edge, but it’s full of unexpected sonic touches: surging Motown-tinged gospel backing vocals, shrieking saxophone from Ezra Koenig, and vintage Moog synths heightening the sonic maelstrom. And the current single “Better Days” is a shot of sunshine dopamine in audio form, as thunderous, ‘90s-style big beats add jet-fuelled propulsion to a classic festival-filling anthem.

That exploratory feel drifts in at moments throughout the record, from the plaintive children’s choir that introduces the opening song “More Power” to the sweeping psychedelia of the closing “Oh Sweet Children”. Along the way, it takes in Liam’s love for sweet harmonies and tender balladry with “Too Good For Giving Up”, the unpredictable, cinematic mini-epic “Moscow Rules” (disclaimer: it’s not in any way in support of Russia) and the punk-dub of “I’m Free”.

While Liam Gallagher on stage is pretty much the same force of nature that he was almost thirty years ago, C’MON YOU KNOW is full of lyrics which are more likely to extend a comforting hug than instigate conflict. It’s most apparent with the title track’s admittance that “I’m sick of acting like I’m tough” – an idea he also touches upon in “Diamond In The Dark”.“More Power” offers the hope that all those things that don’t work out as you planned will ultimately be for the best, while “Better Days” is pure romanticism. The album’s final words say it all as he signs off with “I can only offer you my love.” 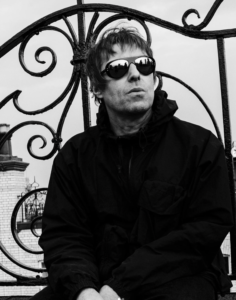 In celebration of the release of his brand new album, Liam Gallagher has signed a limited number of copies of C’MON YOU KNOW for his Australian fans – available now HERE. Today also sees Liam release the Down By The River Thames live album, which documents his unforgettable livestream performance from the lockdown era.

Liam will play a selection of huge outdoor shows throughout the UK this year, including a two-night return to Knebworth Park – the scene of Oasis’s most legendary moment – where he sold all 160,000 tickets almost immediately. 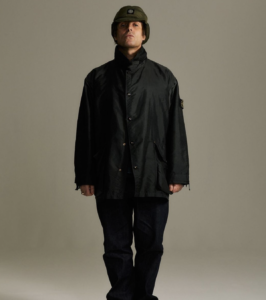 Catch Liam Gallagher on tour in Australia andNew Zealand throughout July on the following dates, including an appearance at Splendour In The Grass.