Muli-instrumentalist, electronic music producer & artist Lamorn returns with his first single of 2022 with “Who We Are.” Out now on mau5trap, the label helmed by Lamorn’s mentor deadmau5, the track is reminiscent of bloghouse-era French electro but with a modern twist.  Here a melody of irrepressible giddiness bubbles over a saw-toothed bass synth, midtempo beats, and audacious vocal samples from English singer Millie Turner.

Listen to “Who We Are” here: https://mau5trap.ffm.to/whoweare

“‘Who We Are’ is a track I feel like I’ve wanted to make since I started producing. It’s always been a goal of mine to make a sample heavy song like this,” shares Lamorn. “I feel like it calls back to all the music of the mid 2000’s French electronic era that I grew up with, while also adding modern elements inspired by a lot of new music I love.”

Lamorn was recently spotlighted in Billboard’s 21 under 21 list, an annual celebration of some of the most exciting and successful young artists in the music industry alongside major players Olivia Rodrigo, Billie Eilish and more. View the complete list here. Catch Lamorn on tour through the remainder of 2022 on select dates of the ‘we are friends tour’ (WAF tour) supporting deadmau5 and NERO, as well as at Chicago’s North Coast Festival.  Confirmed appearances include: 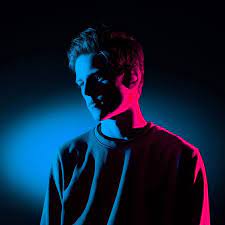 With a sound defined by both the thrill of the future and potent nostalgia, mau5trap artist Lamorn defies the boundaries of electronic music. At just 19-years-old, Lamorn’s musical prowess knows no limits — he’s a bright-eyed multi-instrumentalist with the world at his fingertips. Those who seek warmth and exhilaration will find a home within Lamorn’s blossoming catalog, a collection of songs marked by radiant melodies and innovative electronic elements.  Once Lamorn kicked off his artist project in 2019, his captivating, contemporary sound made its way into the hearts of some of the most notable artists in dance music: Lamorn developed a friendship with deadmau5 thanks to tuning into his mau5trap Mondays live stream and submitting a demo for review.

After exchanging music with one another for a couple of weeks, Lamorn submitted a production that moved deadmau5 so much that he decided to sign Lamorn on the spot — this event sparked a professional relationship between the two, resulting in Lamorn’s new home with mau5trap. What’s more, just before becoming involved with deadmau5 and his imprint, Lamorn submitted a remix for ATTLAS’ remix competition for his single “Half Light” featuring Alisa Xayalith — Lamorn won, which landed him a spot on the official remix EP for the single in 2020. To round out the year, Lamorn released an official remix of deadmau5 and Kiesza’s hit single “Bridged By A Lightwave.”  In 2021 he released his debut EP Encore to high critical acclaim, followed by a remix of deadmau5 & Foster The People’s “Hyperlandia.” 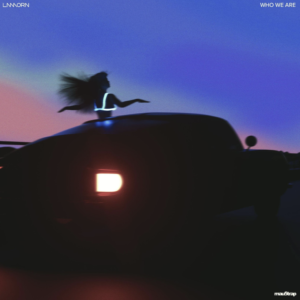