Known to many as one of Australia’s breakout talents in recent years, Sydney based artist Kwame has continued to impress time and time again, with his thoughtful, forward thinking take on modern hip hop.

With a multitude of accolades under his belt, including a j award for Unearthed artist of 2018 and FBi Smac Award for Best Song, Kwame has built on an ever-growing wealth of industry fanfare with support from the likes of Zane Lowe, and A$AP Ferg, who first thrust the young musician into the literal spotlight.

Now Kwame returns with ‘H I G H E R’ – his first solo release of the year, whilst promising an abundance of new music to follow throughout the remainder of 2021. From the outset, it is clear that ‘H I G H E R’ stands apart from Kwame’s impressive repertoire, not just sonically, but as the title so aptly suggests, as a higher form and more considered take on his artistry to date.

The refined self-produced soundscape is a gleaming interpretation of neo-soul,  hip hop, and electronica. Whilst layered with psychedelic elements that are designed to imitate the roller coaster of emotions and euphoria when one embarks on a new intimate relationship. It is through this that Kwame, with openness, describes the addictive and drug-like feel of intimacy that he encounters, alongside stimulating elation, gratification and wholeness.

Speaking on the ideation of the record, Kwame further shares “‘H I G H E R’ is a song that speaks on the euphoric nature of intimacy one in embarks on with their significant other, this was actually one of the first songs where after producing the instrumental, I just grabbed the mic and punched in the verses and chorus after every 8 bars or so. This was new and fun to me as I’m more used to sitting down and taking the time to write, whereas, this process here allowed me to just say whatever was on my mind at the time.”

Accompanying the release is a bold new music video featuring a stunningly suited up and inebriated Kwame. The clip opens with Kwame stumbling through the front door, putting on some beats, and getting in the zone as he sings about the excitement of a new love. The energy and euphoric dancing perfectly encapsulate the feeling following the perfect date that leaves you totally in awe of what might come.

Directed by Kwame and Zain Ayub, the duo have created a three-part series in which a wider story is told over a single night out, sharing “the concept of the video draws inspiration from the iconic dance scene in Risky Business featuring Tom Cruise. The film encapsulates my evolution as an artist by showcasing the growth and maturity in both the sonic qualities of my music as well as the visual aesthetic. We felt as though the choice of considered steady cam and widescreen would help captivate the audience, bringing them into the universe we created.”

The Kiwi born, Ghanian artist exploded onto the scene with an energy like no other, and has gone on to amass an incredible 23 million+ streams across his catalogue to date. Quickly earning the praise of triple j /  Unearthed, after uploading the equally powerful and anthemic single ‘WOW’, the independently released single went on to garner over 6 million streams alone, whilst more recently being synced for a global Apple commercial.

Following it up with the acclaimed 2018 EP Endless Conversations., and 2020’s Please, Get Home Safe, Kwame’s name has become a staple with tastemaker support across Rolling Stone Australia, Red Bull, Acclaim, Music Feeds, NME, Junkee, Sniffers, Life Without Andy, Pilerats, Stoney Roads, and Purple Sneakers, amongst many others.

Marking a period of new beginnings, and a plethora of new music to follow, Kwame has set the tone for what is to be a significant year ahead.

Kwame’s new single ‘H I G H E R’ is out now on all streaming platforms. 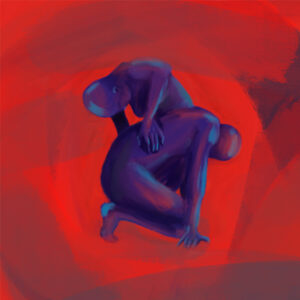 For more info on Kwame, visit: