KLP, aka Kristy Lee Peters, the Sydney-based 4 x ARIA nominated performer, producer and former triple j broadcaster returns with a new single featuring Ru Paul’s Drag Race USA contestant and superstar drag queen, LaLa Ri. The pair have teamed up to bring you an addictively catchy, dance-heavy track called ‘Eat The Runway’. The song features LaLa Ri on vocals with KLP running the production side to bring the listener into their celebration of drag culture with an attitude-filled banger.

KLP says “The day LALA RI’s vocals dropped into my inbox and I opened them up in Ableton I was one happy human. LALA exudes so much energy and joy – it’s infectious – and I feel so lucky to be able to work with such a multi-talented queen.” Hailing from Atlanta, Georgia, LaLa Ribares it all on this track, showcasing her ability to deliver an empowering energy that makes you wanna smile, further sharing, “working with KLP has been such an honour. She is an amazing individual and artist, so I’m definitely happy to be sharing such a moment with her.” LaLa Riwants people to remember her as a “great entertainer with an impeccable work ethic, and as someone who touched hearts through her performance”. It is safe to say she delivers this and more on this performance and demonstrates her versatility as a performer and artist.

Having previously released two singles in collaboration with Stace Cadet including the mammoth hit single ‘Energy’ and ‘People Happy’, KLP and Medium Rare Recordings today announce her signing to the Australian tastemaker label, sharing “we’ve worked with KLP on some amazing records, and always considered her part of the MRR family, but we’re stoked to have her officially signed and can’t wait for everyone to hear her new single and everything we’ve been working on together.”

The release of ‘Energy’ saw the producer reach new heights, being nominated for Best Dance Release at the ARIA Awards, reaching #21 in triple j’s Hottest 100 and ultimately being accredited ARIA Platinum status. For the second year running, KLP has added two ARIA nominations to her name, with ‘People Happy’ being nominated for Best Dance Release, and her work with Diver City nominated for Best Children’s Album. The formidable producer has worked alongside the likes of Skrillex, What So Not, Slumberjack as well as major brands such as NIKE, Spotify, and has interviewed popular artists including Mark Ronson across her prolific career.

KLP has a history of mentoring and working with young singers and songwriters looking to break into the industry, working across many projects as an APRA AMCOS as well as starting her own not-for-profit Ricochet; a mentor program aimed at female and non-binary artists to help kickstart their careers. It’s clear that this track and collaboration was meant to be and is an example of two masters of their craft demonstrating their connection to the LGBTQI+ community. 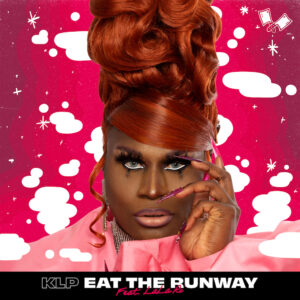 For more info on KLP, visit: