OF ‘LUCY’ BY HIP-HOP

“I have truly been the biggest ROYBOY fan and have always wanted to work with them on a track so it’s super cool that they have remixed ‘Lucy’. I grew up dancing so I wanted it to be a remix I could dance to and they nailed it. I remember hearing ‘SwitchUp’ play on Triple J and was like ‘WTF is this’ and we followed each other on Instagram and it kinda just happened. HipHop/RnB is one of my favourite types of music to listen to and write sometimes so it’s nice to show that side of me with this remix. Hope you love it as much as I do.”
– Kirsten Salty 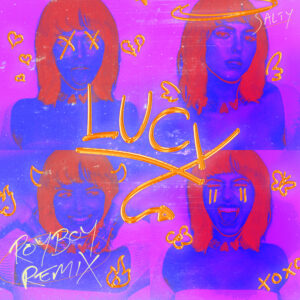 Out now through Mushroom Group