Co-written with Robby Desa (The Veronicas, 5 Seconds of Summer), Ned Houston (Jack Gray, Client Liaison) and 2020 breakout star MAY-A, ‘Lucy’ is an exciting slice of bedroom pop about the version of ourselves we aspire to be.

“When I wrote ‘Lucy’ I was actually in a fight in my relationship with music. It’s a song that’s about me but not about me, a person who I wish to be, someone with better qualities, superpowers even. Some days I wake up as the most confident bitch ever then there’s other days where I am super reserved. So ‘LUCY’ is me. I’ve loved this song since the day we wrote it. I feel the proudest of this one so far and I hope you love it as much as me.”
– Kirsten Salty

With ‘Lucy’, Salty shows us another side of her robust musical identity. A little bit sweet, a little bit Salty, this is just the beginning for the fresh-faced artist. Watch this space! 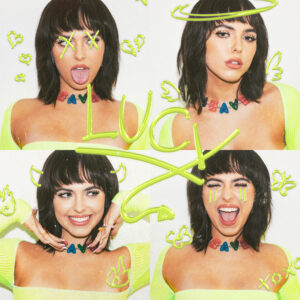