Sydney Multi-Instrumentalist Kevin Tiah is asking people to accept imperfections in themselves and in others with the release of his new single, ‘Imperfections’. The upbeat, metalcore/rock infused track is out now.

“Imperfections” is a departure from Kevin Tiah’s recent releases by incorporating Pop and R&B music elements along with Metalcore. The track implores the listener to take everyone’s lived experience and flaws into account and understand everyone is living their own battles.

Tiah said that “‘Imperfections’ portrays our reluctance to accept imperfections in both others and ourselves in Modern Day society. The music video exaggerates this theme through the depiction of an alien being who feels alienated from society. She goes through multiple phases including applying makeup as an attempt to look more like everyone else. As she accepts herself for who she is, she eventually stumbles across a guy who sees her beauty for who she is.

In the final scene, the guy surprises her during their meetup with a different appearance on himself. The video is left open-ended as to whether or not he artificially changed his appearance to look like her or if he had been just like her all along.”

Maniacs said in their online video premiere that Imperfections is “…built around a soaring, earworm of a chorus…with the end result being a seamless blend of styles that brings to mind the throwback styles of Linkin Park and Justin Timberlake simultaneously while pointing firmly towards a genre-less future. Lyrically Tiah implores the listener to take everyone’s lived experience and flaws into account and understand everyone is living their own battles.”

Tiah’s output has been consistently recognised having had numerous tracks and music videos featured on various international music blogs and online magazines such as Essentially Pop, Music-News.com, Artistrack, Music Notes Global, Vents Magazine, including being featured on WCCA TV from the UK and IndiMusic TV based in the USA. 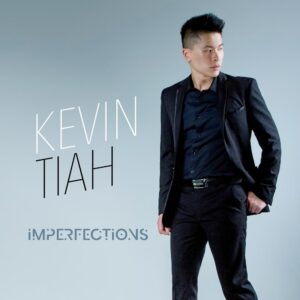