Soothsayer are thrilled to present Juno Mamba’s latest single ‘Us’, a deeply emotive, melodic techno cut fans have been eagerly holding out for. The track comes with a stunning video shot by Rob Farley on a recent trip to Senegal, as he follows two brothers as they perform the dance of the Senegalese wrestlers.

On ‘Us’, Juno Mamba delivers the most uplifting track of his career. Handpicked by Anjunadeep label-heads Jody Wisternoff and James Grant for its worldwide first play at Anjuna’s Open-Air festival, ‘Us’ received massive and widespread acclaim, becoming the most requested track ID from the set – viewed half a million times.

If there’s one thing Juno Mamba knows, it’s how to write with emotion, building worlds within his music. The tantalising bassline and melodic refrain in ‘Us’ builds to a monumental climax that ignites the dancefloor – an aural equivalent of a single tear of ecstasy.

“‘Us’ is a song that celebrates the power of love. Whether that’s with your partner, family, friends or even strangers. It’s about being together, enjoying beautiful moments and creating lasting memories. Seeing ‘Us’ being played out for the first time by James [Grant] and Jody [Wisternoff] at Anjunadeep’s Open Air London, was unbelievable. That moment captured exactly what the song is all about.” – Juno Mamba

In Senegal, wrestling is the national sport and considered a way of life. On the striking accompanying video that documents this cultural practice, Juno Mamba shares that director Rob Farley’s “interpretation added a new perspective to the meaning of the song. Yes it’s about love but it’s also about acceptance, which in this case, goes hand in hand.”

A reflection of the relationship that inspired it, ‘Us’ has been a work in progress for almost half a decade. After hitting pause on their relationship to travel the world, Juno Mamba realised being together with his now wife was when he felt most at ease and could be himself without judgement. “I thought [the break] would give me back a part of my identity but it had the opposite effect.”

To fund a surprise visit to America, he joined a month-long medical trial – and ‘Us’ was born. Leaving her behind at LAX “was the hardest goodbye and after we experienced that feeling, we made a promise to avoid goodbyes”. The project file stayed on a hard drive for six years before he decided to revisit that breathtaking moment in time.

‘Us’ is the first drop from Juno Mamba since his 2021 EPs Infinity and Freedom, which amassed over 1.3 million streams and led to a ‘Chillest Record’ feature on BBC Radio 1. The EPs saw praise from Mixmag, Complex UK, The Ransom Note, KALTBLUT and NME, plus adds to electronic tastemaker playlists like Spotify’s Brain Food, Electronic Rising, Friday Cratediggers, Just Chill, and Apple Music’s Chill House, Global Dance, Breaking Dance, and Trance & Progressive.

Following a hugely successful run of headline shows across NSW and Victoria, plus performances at Dark Mofo and support slots for Ben Bohmer and Hermitude (alongside Dameeeela), Juno Mamba has his sights on the summer festival circuit with sets at Falls Festival and Fiji’s Your Paradise Festival, plus a support slot for Running Touch’s massive national tour in August.

‘Us’ rounds off Juno Mamba’s last year of prosperous releases, as he looks to the future with excitement. 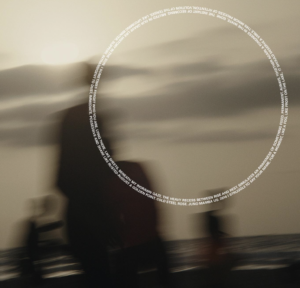