Today, the new single from Johnny Hunter arrives: striking, evocative and executed with a vibrancy that can instantly captivate. Simply titled ‘Life’, the latest track from the Sydney group freely dives into a multi-layered soundscape that reflects the intricacies and unpredictability of the subject itself.

Built on a foundation of strong guitars, rhythms and synth work that provide moments of euphoria amongst the brooding, ‘Life’ is a touchstone release for Johnny Hunter. Here, the band offers up a moment of catharsis – an avenue to find a renewed passion for life when we’re at our lowest.

As the band’s second release through Cooking Vinyl Australia, ‘Life’ is another stride forward for Johnny Hunter as they head into a new creative cycle of releases.

The release of ‘Life’ follows on from ‘The Floor’ – the darkly addictive single Johnny Hunter released in July. To view both songs side by side, the listener can hear the shift in mood and tone on ‘Life’. Both exist within the same meticulously crafted world, yet ‘Life’ is the companion release that chooses to look onward and upward to a brighter horizon.

As with ‘The Floor’, Johnny Hunter worked on this single with engineer Adam Greenspan (IDLES, Nick Cave & The Bad Seeds, Yeah Yeah Yeahs), and Jack Moffitt (The Preatures) at Parliament Studios in Sydney.

Sonically, ‘Life’ moves between shades of IDLES, Fontaines D.C. and Parquet Courts. Vocalist Nick Hutt sings each lyric with an impassioned sense of yearning, the lyrics soaring against a beautiful synthesis of post-punk and airy synth-pop sounds.

“To find life is to find happiness, it is the ultimate end and purpose of our existence.

Life is not found in the darkness of the night, nor is it found in selfish ideals. It lies in the balance of the new day and how we approach our imperfections to bring balance to ourselves. The answer to The Floor, an ultimatum proposed to the self, to change or die, to sink or swim.

The sun is shining, it’s time for change, appreciate what you have, know who you are and lose yourself in Life. Inspired by the moral dilemma I faced pulling beers for alcoholics to sustain a week to week pay cheque that was almost always whimsically spent on alcohol for myself. These people were dying right in front of my eyes (some did die) and I was joining them.”
Johnny Hunter, Nick Hutt 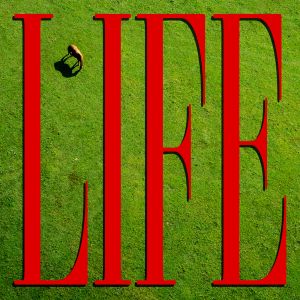 Releasing their debut EP Early Trauma in 2020 to critical acclaim and praise nationwide, Johnny Hunter’s ambition and passion for music simply galvanised and their attention became more focused than ever on new material.

Their signing to Cooking Vinyl Australia in 2021 was an early sign that the band was well into the next stage of their evolution and now with two arresting and dynamic releases under their belt for the year, Johnny Hunter’s sonic identity continues to thrive. 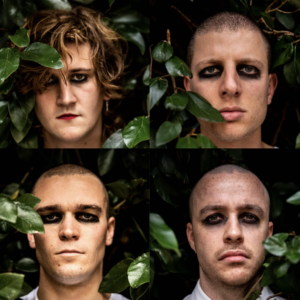 Life is out now.