Making their 2022 return an impactful one, Sydney’s Johnny Hunter unleashes their new single, ‘Cry Like A Man’.

With their long awaited debut album in the wings awaiting its release this year, a song like ‘Cry Like A Man’ is another strong step forward for Johnny Hunter in demonstrating the strength and emotional pull of the broader record. Much like 2021’s singles ‘LIFE’ and ‘The Floor’, ‘Cry Like A Man’ is storytelling masterfully executed by songwriter Nick Hutt, and bolstered by the dynamic musicality of the band as a unit.

The single encompasses themes of vulnerability, masculinity and navigating the whole range of emotions that come with it. For Hutt, ‘Cry Like A Man’ is especially personal in both its genesis and creation; as he explains, there is much to be said in being able to acknowledge and embrace vulnerability, as there is in being able to look inward at yourself and your own behaviours.

“Men often abuse their masculinity to shield their vulnerability, in doing so they jeopardise the balance of the two dualities, they lose their sense of humanity and sense of self, to satisfy the self-aggrandising fallacy that the world belongs to them.

I had been placed in the unfortunate position of witnessing someone shrink into very selfish and abusive behaviour. It had been my first encounter with such an event and it shook me to my core. After the dust had settled, I couldn’t help but dissect it. A special song as it was written the first time I interacted with our producer Jack [Moffitt]. The violent lyrics set the tone for the song and unravel the events that took place on that fateful night, written in a 6 hour brainstorm with Jack as I manically yelled lyrics whilst he then pulled them apart.”
Nick Hutt, JOHNNY HUNTER

Since Johnny Hunter’s signing with Cooking Vinyl Australia in 2021, the band have been courting much support and buzz surrounding the music released throughout that year. Music that spoke from the heart while also generating theatrical soundscapes that invoked the spirits of artists like IDLES, Fontaines D.C. and Parquet Courts; the evolution of Johnny Hunter now enters a triumphant phase.

As a live unit, Johnny Hunter flourished in 2021, selling out shows along the east coast at venues like The Lansdowne in Sydney, Melbourne’s iconic Cherry Bar and O’Skulligans in Brisbane. Internationally, their music dipped into the fashion world with landmark Australian label Zimmerman featuring Johnny Hunter during their runway AW21 campaign.

“…a dark, guitar-heavy jam that goes deep into the realms of introspection.”
The Music (‘LIFE’)

“The band’s brooding, bass-slung, post-punk style cites many of the UK city’s [London] greats, while moving in a lane of its own.”
Clash UK (‘LIFE’)

“How ‘bout these Shakespeares of the inner west managing to get ‘et tu brutus’ into a chorus?! invigorating and seismic stuff from one of the best live bands around right now.”
Triple J, Declan Byrne (‘The Floor’)

“Johnny Hunter at their most cataclysmic. The chorus is a harrowing, ominous war cry and I’m absolutely heeding the call.”
Triple J, Joe Khan (‘The Floor’)

“…a collection of theatrical, propulsive post-punk gems influenced by stalwarts like Joy Division and Sonic Youth along with contemporaries like Royal Headache.”
Music Feeds

“Rocking what could best be described as a post-glam-rock aesthetic, Johnny Hunter are much more of an experience than they are a band.”
I OH YOU

“If you’ve been paying any attention to the Sydney rock scene lately, chances are you’ve heard the buzz over Johnny Hunter already.”
Pilerats

“…Johnny Hunter are a powerhouse of the music industry.”
Temporary Dreamer 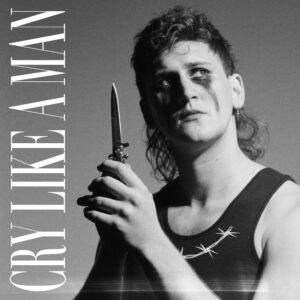