are back with menacing new single

Johnny Hunter returns today with the announcement of new music for 2021, leading the charge with the relentless rhythms and charged up energy of ‘The Floor’. As the band’s first release since signing with Cooking Vinyl Australia, Johnny Hunter came out the gate swinging with ‘The Floor’: dark, dramatic and compelling.

When a band like Johnny Hunter delivers new music, there is a reason heads turn. An unapologetic love for fiery, gut-punching punk energy relentlessly drives each release – Johnny Hunter remaining ferocious at each turn. Having grown and developed into a force to be reckoned with across a collection of years spent writing and touring around the country, the band’s sonic identity has become fierce and unwavering in its impact.

The song itself, like many Johnny Hunter efforts, takes primal emotions and personal realisations and puts them under the microscope.

Marked by strong guitars, penetrative percussion and the striking vocals of Nick Hutt, ‘The Floor’ is a captivating listen from the jump. For ‘The Floor’, Johnny Hunter worked with engineer Adam Greenspan (IDLES, Nick Cave & The Bad Seeds, Yeah Yeah Yeahs) to bring this project to life.

“The floor is the lowest point. The realisation that the person you’ve become is not the person you wanted to be. When after a lifetime of casting the blame outward, the only place left to look is inward. It’s the accusation of the self and the confession to the self. The acceptance of responsibility. The rude awakening. The brute in the mirror. But above all it’s a release. It’s the clarity to know yourself well enough to see that the only way now is up.”
Johnny Hunter, Nick Hutt

This aesthetic continues through into the visuals for ‘The Floor’; Johnny Hunter working with director Dakota Fisher and a team of creatives to bring the drama threaded throughout the song to screen. Incorporating gothic and horror elements in with a running theme of romanticism, the music video for ‘The Floor’ is pure Johnny Hunter-esque moodiness, delivered impeccably.

“I wanted to showcase the romantic and theatrical nature of Johnny Hunter’s live performance. With -The Floor – a horror ballet seemed appropriate.”
Dakota Fisher

“This video is Johnny Hunter in its entirety. The horror ballet. A testament to the understanding and love our friends who filmed the clip have towards the band. Truly a talented bunch and we are eternally grateful for their love and devotion.”
Johnny Hunter

With their signing to Cooking Vinyl Australia, Johnny Hunter is anticipating another big year of connecting through their music.

“Johnny Hunter was the only band Stu and I signed through the thick of last year’s lockdown, having only met the guys via Zoom. I feel that really speaks to the strength of their songs and ultimately their character as people. It’s always a joy to work with a band with such clear artistic vision and to now be a part of their wider team makes us incredibly excited for what the future holds.”
Cooking Vinyl Australia, Leigh Gruppetta

“We are absolutely thrilled to have signed with CVA. We spent a long time deciding our path and choosing our fate and we can safely say that we chose correctly. Having only met them on Zoom last year, they showed an abundance of belief in the band and have assisted us in staying true to our artistic visions. We look forward to long lunches at the MCG and many more releases with what we can only describe as a dream team.” 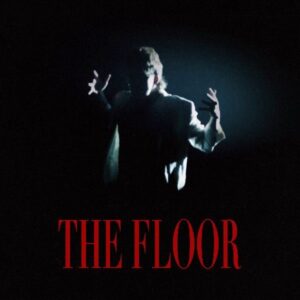 The Floor is out now.

“I’m going to surprise absolutely no one by saying that I really dig this new cut from the EP and think that everyone needs to hear you guys. I like that this combines those big backup vocals with melodies that sound a little different for Johnny Hunter.”
Triple J, Declan Byrne (‘Innocence Interrupted’)

“Johnny Hunter doing what we already know they do so well, emotive rock n roll that sounds unique on its own.”
Triple J Unearthed, Tommy Faith (‘Hollow Man’)

“…a collection of theatrical, propulsive post-punk gems influenced by stalwarts like Joy Division and Sonic Youth along with contemporaries like Royal Headache.”
Music Feeds

“Rocking what could best be described as a post-glam-rock aesthetic, Johnny Hunter are much more of an experience than they are a band.”
I OH YOU

“If you’ve been paying any attention to the Sydney rock scene lately, chances are you’ve heard the buzz over Johnny Hunter already.”
Pilerats

“…Johnny Hunter are a powerhouse of the music industry.”
Temporary Dreamer