HEATS UP THE WINTER

Multi-platinum global superstar Jason Derulo is back with his new anthem, “Slidin’ (Ft. Kodak Black)”. Self-Produced by Jason Derulo, Shawn Charles, Jason Evigan, Lionel Crasta, Bluf and Smile High; the track is permeated with the energy and enthusiasm of a surefire smash. Bringing their Haitian influence, the Florida natives turn up the heat in their new single. Listen HERE.

With Derulo’s knack for laying undeniably catchy melodies on top of fun, upbeat productions, the TikTok king is once again in full effect. Doing what he does best, Jason challenges his fans to his own version of the electric slide. Watch HERE. This summer is almost certainly his for the taking.

Hailed by Billboard as “The Crown King of TikTok” and named atop the influential “Future 25” in its 2021 “Future of Music” issue, Derulo is among TikTok’s biggest superstars, currently the 4th most followed male on the video-sharing platform with the 11th biggest account overall. Indeed, the multi-talented singer-songwriter, digital guru, and entrepreneur continues to see his already astronomical TikTok presence growing daily, now boasting more than 52.3M followers worldwide and over 1.2B likes, amassing more than 5M views with each and every post.

Forward-thinking, genre-defying, and massively creative, Derulo has staked his claim as one of the most dynamic forces on the global pop landscape. Since breaking through with his 5x RIAA platinum-certified single, “Whatcha Say,” the award-winning singer-songwriter has sold more than 200M records worldwide, earned over 18.2B worldwide streams, and built an unstoppable social media following of over 117M followers across all platforms. Now at work on his highly anticipated fifth album – and full-length debut for Atlantic Records – Derulo has delivered an ongoing series of smash singles that have drawn a stunning 500M+ views, including the irresistibly buoyant ARIA Platinum “Acapulco,” the ARIA triple platinum-certified “Take You Dancing,” and Jawsh 685x Jason Derulo’s 3x platinum-certified chart-topper, “Savage Love (Laxed – Siren Beat).”

The latter track – and its official BTS remix – proved an unstoppable international sensation upon its 2020 arrival,  peaking at #1 on Billboard’s “Hot 100” as well as atop charts in 16 additional countries around the world. A truly multi-dimensional creator, Derulo has also established himself as an actor and businessman, investing in enterprises like Catch L.A. and Rumble Boxing, becoming part-owner of Bedlam Vodka, launching an innovation-minded podcast, and developing a line of supplements and fitness products with the Najafi Group and BodyBuilding.com. What’s more, Derulo recently unveiled Jason Derulo’s UZO, an immersive new graphic novel from Z2 Comics based on a TikTok character created by the artist himself. 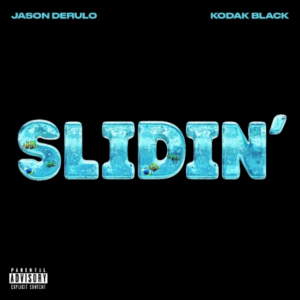