GUSPY grew up in Santa Ana, a beachy town in California, U.S.A. and fell in love with the local music, surf, and DIY culture. Having taught himself guitar, bass, and drums by the age of 15, his next obsessions became poetry and the art of punk rock. He started a band with his friends in his garage and they quickly gained local notoriety for having the cops called on them every single time they played a house show in the suburbs. Before he moved to LA to attend university, he had released three self-written and self-produced projects by the age of 18, showcasing his prowess in psychedelic garage rock.

While living in the freshmen dorms at The University of Southern California, GUSPY wrote and released “HESH GIRL,” earning him his first taste of infamy within the student body. Initially feeling dangerously out of place within the preppy college scene, he soon found himself in a small yet supportive community of fellow art lovers and musicians who were all chasing their dreams of independent success. He formed a new band his sophomore year, and they had just started to grow a significant following around USC when the pandemic hit and put the band on hiatus. A heartbroken GUSPY took this opportunity to retreat into the desert and perfect his craft, eager to one day return and prove himself deserving of international recognition for his playful psychedelic swagger. 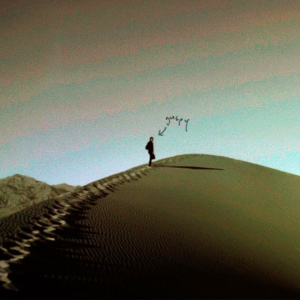 On February 26th, his 21st birthday, GUSPY returns to resume his sandy throne and serve some psychedelic domes. 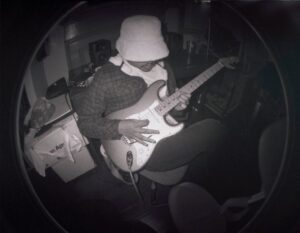 GUSPY track “Steez Luis” will be out on all major platforms Feb 26th!