While UNIFIED Music Group has offered distribution services up until now with the likes of Ocean Alley and Jack Botts, the company is pleased to formally stamp the name Community Music on this offering.

“The way in which artists are choosing to release their music has changed. UNIFIED Music Group is proud to launch Community Music as a way to offer another option for artists. We’ve been providing distribution services internally for years and with this announcement, we are now able to add even more value to empower artists that want to take this path. Recorded music is the lifeblood of musicians, and we are thrilled to offer this new service as an alternative way for us to work with artists at all levels.” 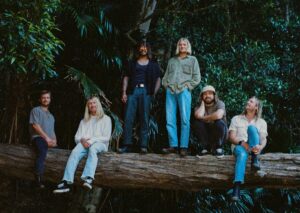 Community Music is home to a vast array of incredible homegrown acts, with the likes of indie-rock darlings Bugs, rising alt-pop songstress Sarah Saint James and psych-fusion outfit First Beige already among those on the roster.

Since its soft-launch in early 2021, Community Music has distributed successful releases including Majak Door’s self-titled album, Wolf & Chain’s belter of an EP Amor Mortal and standout singles including The Grogans’ ‘Just A Kid’, Gloomie’s ‘Every Time I Leave’ andLocal The Neighbour’s ‘Cancel Me’. Ahead of a big 2022, Community Music will round out its debut year with upcoming releases including Jacob Fitzgerald’s EP Pretend I’m Cool (out tomorrow), a Double-A Side release from Dick Dudley (pre-save here) and Mal de Mer’s new single ‘Do You See Me?’ (pre-save here).

The vision for the Community Music service is to create a genre-agnostic, all-inclusive space for artists to flourish creatively and execute their music release to the highest possible standard.

Headed by one of UNIFIED Music Group’s Senior Artist, A&R and Events Managers, Dan Nascimento, Community Music is ultimately a service for artists that thrive in a DIY environment and wish to remain independent, yet have a supportive team around them. CM’s team provide an enhanced distro experience – not only by physically and digitally releasing music product – but by truly helping artists with holistic career progression. For its artists, additional services to Community’s distro experience include A&R and campaign strategy support, physical production management, DSP & sales pitching, online store and fulfilment, team coordination and more. 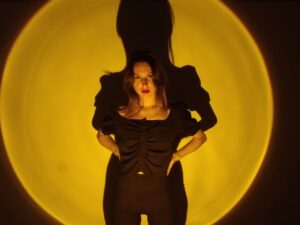 Alongside Dan Nascimento, Community Music also sees Will Stoeckel, who joined the UNIFIED Music Group team in April, in the role of Project Coordinator, as well as managing The Grogans. UNIFIED’s Sales Manager Brit de Groot and Production Manager Tianna Eger also join at the core of the Community Music engine.

“We felt that ‘Community’ was the perfect word to capture what our distribution offering is; an option for artists who operate independently or with an independent team to enhance the resources they have in their corner, in turn elevating their release plan. The release is the vehicle, the artist is in the driver’s seat and we’re in the passenger seat providing the map with the different routes that can be taken to reach the destination.”

“Being in control of my artistry is something that’s super important to me when choosing who to work with to help bring my project to life. Through Community Music, I’ve met a team of people who not only believe in me as an artist, but my creative vision and my ideas. Since being with Community Music I’ve never felt more supported, and I can’t wait for the future!” 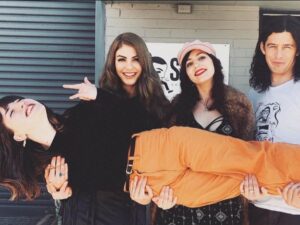