Following the success of previous single ‘Heaven In Hiding‘, that instantly became the fastest growing release in the bands history, even surpassing the previous record held by ‘Temptation‘ (May 2021), IMMINENCE has in a matter of a few months released two of the most successful metalcore songs of this year. Once again, the group displays their unrestrained diversity and dynamic approach with the new song ‘Ghost‘.

Director Pavel Trebukhin and IMMINENCE have invested more time and effort than ever on the video production, ensuring the viewer to experience a completely new level of artistic story-telling and raises the bar even higher for what can be expected from a quickly uprising metalcore act today.

The new single is a hard hitting fireball, mixing influences that haven’t been heard since the bands breakthrough single ‘The Sickness‘ (2015) with all the unique features the band has established as their very own, among others the unmistakable violin performance by singer Eddie Berg.

“Ghost is a perfect example of how the creative flow in Imminence just knows no boundaries. We don’t follow trends or try to fit our art into a format, rather we’re always eager to explore the unexpected.” – Harald Barrett (guitar)

The new single was recorded, mixed, and mastered in Sweden by Henrik Udd: Award-winning producer that has worked on some of the most critically acclaimed albums with acts such as ARCHITECTS, BRING ME THE HORIZON, AT THE GATES, and many more, including IMMINENCEas well. 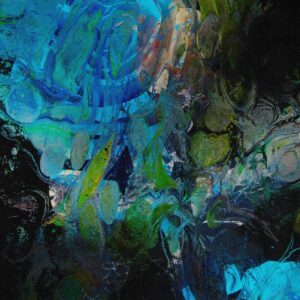 After the remarkably successful announcement of the band’s exclusive acoustic tour “Live In Concert Halls“, granting the Swedish quintet a placing in Eventim’s Official Charts as one of the fastest selling tours in Germany, IMMINENCE recently announced a new European headline tour taking place in 19 cities during February & March 2022. All venue sizes has increased largely in capacity and these will be the bands biggest headline shows to date.

Since the release of »Turn The Light On: Deluxe Edition«, an album era that has acted as a significant milestone, where IMMINENCE took the step from being a promising up & comer to an established headline act, ‘Ghost‘ is the third new, heavy track the band has released in almost two years. With a placing in the Top 100 Official German Album charts, a sold-out run of album release shows and a 100% increase in ticket sales, and doubled venue capacities during the last EU headline tour, IMMINENCE has proven to be one of the most growing and exciting bands in the metal scene today.
IMMINENCE was formed in the south most part of Sweden and have over the years become one of the country’s most promising acts with a diverse sound and universe, embracing everything from metalcore to acoustic music. Founded in 2010 by Eddie and Harald when they were just teenagers, the band grew organically with a constantly expanding fan-base all over the world while touring actively in Europe since the release of the band’s breakthrough single ’The Sickness‘ (2015).
IMMINENCE has released three studio albums, »I« (2014), »This Is Goodbye« (2017) and »Turn The Light On« (2019).