ON A CHAOTIC JOURNEY

Brisbane hardcore four-piece, Headwreck, take no prisoners on brooding new single “Empty Space”. Their second release of the year, “Empty Space” is accompanied by the announcement of the bands debut EP, ‘Glamorise Demise’, out Friday November 19.

The single has already had its first play on triple j’s The Racket on Tuesday night, sharing the airplay love with previous single “Freefall” – which recently featured on both The Racket and triple j Lunch in anticipation for “Empty Space”.

“Empty Space” lyrically revolves around the concept of anxiety-based disassociation. “I personally struggle with anxiety dissociation, so the lyrics are a direct reflection of the thoughts and feelings I have had while dealing with periods of disassociation,” says Hickman. “We feel like sonically this track is the perfect follow up to our last single “Freefall”, and we feel like we have really found our sound on this one.”

‘Glamorise Demise’ is Headwreck taking a further step into the musical direction that the band hinted at with February release, “Freefall”. Each track on the forthcoming EP ties into one another instrumentally and lyrically, exploring the reality of anxiety disorder. 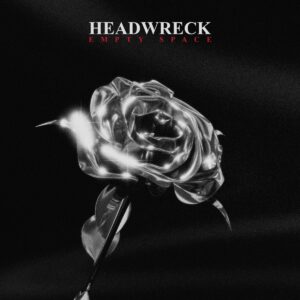 “The lyrics of the EP revolve around my experience dealing with an anxiety dissociative disorder known as Depersonalisation-Derealisation Disorder (DPDR). The lyrics of the EP tell the story of my initial symptoms, a false diagnosis and the aftermath of finally coming to terms with this, and having an answer for the reality-warping feelings I had, and still have to this day.”