Taking production, mixing and mastering credits from in-house Headwreck guitarist and clean vocalist Jamo Benadie, the ‘Glamorise Demise‘ EP is a personal release for the band. Each track on the freshly released EP ties into one another instrumentally and lyrically, exploring the reality of anxiety disorder.

“Headwreck have proven to us in a short space of time the insurmountable talent they hold, and that they’re not going anywhere.”Wall Of Sound on ‘Glamorise Demise‘

“How do you stand out from the pack in the alternative metal world? It’s not easy these days, but Headwreck give it a damn good go with this medley of electronica, metalcore and melody-driven rock.“GBHBL on ‘Glamorise Demise‘

“A wonderfully written song and definitely the highlight [on the Glamorise Demise EP].Heavy Mag on “The End Of The Suite“

“Inspiration has been drawn from the likes of Northlane, Thornhill, Void Of Vision and Korn which makes this single a dynamic and extraordinary expansion of Headwreck’s career.“Hysteria Mag on “The End Of The Suite“

“Headwreck smothering this new track under a cloud of heaving moodiness. The clean vocals had some distinct Trophy Eyes feels but it evolves into a midtempo heavy cruncher.”Dave Ruby Howe on “The End Of The Suite“

Singles “Freefall“, “Empty Space“, “Eulogy” and “The End Of The Suite” have collectively received play on multiple triple j programs including The Racket, Short. Fast. Loud, Breakfast, Lunch and Home and Hosed with “Empty Space” added to triple j Unearthedrotation before they became this week’s feature artist. The have also been featured on Spotify’s Homegrown + Heavy playlist as well as online at New Noise, Music Feeds, Wall Of Sound, Maniacs and more.

Celebrating the release, Headwreck have already sold out their first ever headline show at Brisbane’s Black Bear Lodge on December 19 alongside friends in Empire Within, Revoid and East Capri. As well as this, pre-orders went live today for the ‘Glamorise Demise’ vinyl press, available via Anti Vinyl Vinyl Club 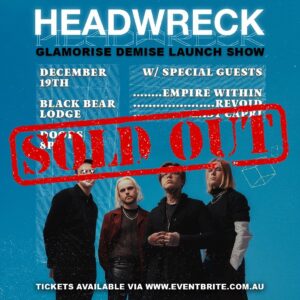 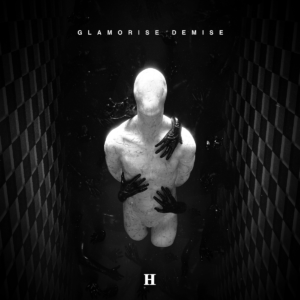