“This kid is worth keeping an eye on”
VICE

In the last year Henoke Nega AKA Hancoq has been steadily working to build his production chops, drip-feeding fans amongst releases including ‘NBA‘ and ‘Ego‘ featuring OnlySu. Now on full display with his new EP Bloom, Hancoq boasts a laid back melodic approach to music, through an amalgam of moods, features, and themes. Dextrous, nonchalant, and confident, Bloom is a fusion of vulnerable trap, hard rap, and hints of reggaeton. Focus single ‘Nonsense’ features fellow lockdown city rapper Gabriel LCR and deals with themes of growing beyond the BS and knowing when to walk away.

Of the release, Hancoq shares: “2020 has been a strange year for all, with artists in Victoria arguably experiencing the worst of it. Undeterred by being stuck inside my home studio, I spent the year working on my sophomore EP Bloom with my friend and producer Hamley (Stan Walker, Sophiya, Phi11a). I see Bloom as my coming of age project, it explores themes of personal growth, letting go, and finding beauty in the tough times. I tried to curate a cohesive body of work that showcases my range as an artist, and also features some on-the-bubble artists from Melbourne’s underground, showcasing my passion as an indie label owner for identifying talented local musicians and sharing my platform to help elevate their sounds.”

Born in New Zealand to Ethiopian parents, Hancoq is part of the new tier of Australia’s burgeoning hip hop scene, bringing a unique perspective and delivery to the community. Since first emerging in 2017 via WVS (Sophiegrophy, Lil Spacely) with his lovelorn debut ‘Out of My Mind‘ shortly followed up with the monumental, politically charged ‘Blackout‘, the rapper shared his debut EP HVNCOQ the following year to widespread support from online tastemakers HighSnobiety,  VICE, Acclaim Magazine, triple j Unearthed and community radio.

In the time since, the rapper has fast grown into a Melbourne mainstay and key figure amongst his peers, specifically dedicating time to nurturing the emergent talent of his peers through his recently launched independent label, Mirage Records in partnership with The Orchard. Mirage Records is a platform for both his own music and that of his mentee’s KVKA, Khiarra, Craigiewave, and more, and now with the release of Bloom, Hancoq is staking his claim for the Melbourne scene, and his position nationally.

Bloom EP is out now, buy/stream it here. 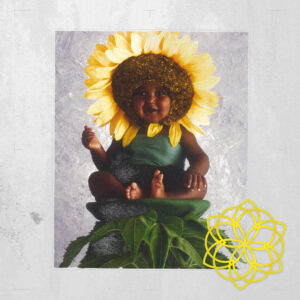