Fresh from their signing to UNFD, US progressive metalcore heavy hitters ERRA are revealing their new single and video, ‘House of Glass’. Coming after recent single ‘Snowblood‘, the track offers another hint of what’s in store for ERRA come 2021.  ‘House of Glass’ debuted via Revolver who classed the single as a neck-snapper.

‘House of Glass’ challenges tenured listeners with a curveball as one of ERRA’s most ambitious songs to date, with their reputation for technical riffs, genius musicianship and visceral lyrics are on full display. On the single, vocalist / guitarist Jesse Cash explains:

“The lyrics started as a mutation of two ideas; the first being the seemingly heightened sensationalism of suicide over the last few years; the second being partisan ideology paralleled with cult-like zeal. The concept of connecting these two ideas stemmed from my musing over how much depression and suicide could have at least in part been heightened by the polarization of the 2016 election year and onward.”

CLICK BELOW TO WATCH THE MUSIC VIDEO FOR ‘HOUSE OF GLASS’

Rising out of Birmingham, Alabama just over a decade ago, ERRA have vigorously toured worldwide, released four acclaimed studio albums and two EPs earning them a sprawling fan base crossing genres and generations. ‘House of Glass’ comes shortly after the band’s latest ‘Snowblood’ and first on their new label home, which quickly locked the ears and eyes of the likes of Guitar World, Metal Injection, New Noise, Alternative Press, Outburn and many more in addition to steady rotation on SiriusXM’s Liquid Metal and Music Choice Metal Channel as well as a feature on acclaimed US national radio shows including SiriusXM Octane’s Test Drive and Full Metal Jackie.

In August ERRA joined the UNFD family alongside a huge crop of North American including Frank Iero, Silverstein, Like Moths To Flames, Stray From The Path, Silent Planet and LIMBS. Stay tuned for more news from ERRA. 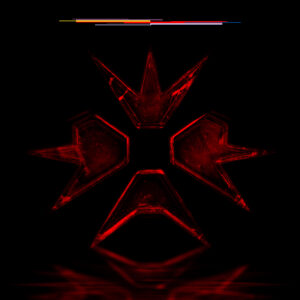