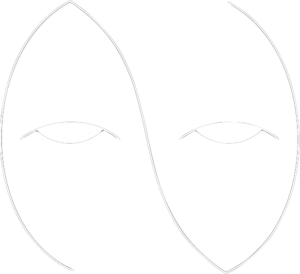 Eli Greeneyes is exactly the kind of artist we need in 2021 – eccentric, exciting, guitar-driven pop reminiscent of classics Oasis and Something For Kate but also modern pop rulers Yungblud and even Billie Eilish – he has announced his electric new single and video She Don’t Care.

The WA-based musician will be performing a one off, hometown headline show at Indian Ocean Hotel on September 2. And off the back of his collaboration with Perth hip hop royalty DRAPHT on his new album Shadows and Shinings (also released today), Eli Greeneyes will be joining DRAPHT on the road for his extensive 13 WA-date album tour in September, October and November this year.

She Don’t Care features so much of what we already know we love about Eli Greeneyes, but with plenty of innovation to spark a thrill upon every new listen.  It’s guitar-driven, powerful pop, with a carefully written topline, impassioned lyrics, and an absolutely killer mix.  It’s like a track from the early 2000s, written for a 2021 audience.

Speaking on the inspiration behind She Don’t Care, Eli Greeneyes says, “She Don’t Care is about someone from my past who came along at a time when I was having a lot of mental health issues.  Their intentions were extremely different to mine and I was listening to them too much instead of trusting my own intentions and instincts!  I lost myself.  When I wrote it I thought it was their fault, but now I realise that I also played a part in letting it take that direction.  I had to write this song to gain back my true ‘not taking shit’ self.”

The video for She Don’t Care is overflowing with attitude, and it’s the perfect visual representation of the frustration and angst behind the song itself.  Eli Greeneyes sings directly to the camera, walking towards us while a woman points and yells right up in his face.  The confrontation is real, but the resolve that Greeneyes has developed through the catharsis of this song is real too.

Speaking simply, he reflects on the idea behind the video clip, and the team who made it happen, “The concept was created by my friends James Mooney, Ben Matei and I.  We wanted it to be predominantly a performance based video with an underlying simple narrative of self destruction and attracting the wrong people in your life… Everyone involved with the clip is creative in their own light with something to say and achieve.  They are all my best friends who I want to take on this journey.”

Produced alongside Mark McEwan (Karnivool, Drapht), She Don’t Care is a brilliant example of an artist who is totally in control of the process, and completely enamoured by the idea of creating new songs and new sounds.  Not only is Eli Greeneyes producing killer tracks for himself, but he’s also collaborating with other artists, including DRAPHT, and sharing his high production skills with his wider community.

Speaking of community, Eli Greeneyes is pumped to get back on the stage and perform for his fans, as he reflects, “My shows are an opportunity to meet and understand my fans with what they connect with the most about my music.  What am I saying that makes them feel heard and understood?  That all comes down to singing the lyrics for me.  Expressing them in that up close and personal way so the story hits straight to the heart.”

She Don’t Care is out now.

Tickets to the Indian Ocean Hotel show are on sale now. 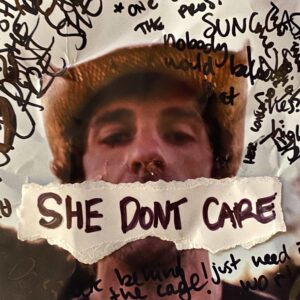