VIDEO: ‘Fired Up’ by DZ Deathrays

Transitioning through over 15 different variants in its early stages, ‘Fired Up’ was starting to challenge the 3-piece, before a moment of clarity hit, as drummer Simon Ridley puts it “… basically at some point Shane (Parsons) just turned ‘Fired Up’ into a big stadium-rocking-Bruce Springsteen-style-anthem and I guess that’s when we knew what we were dealing with” and so it formed into its current state, the explosive new single set to dominate the airwaves this summer.

After decamping to Los Angeles to record ‘Part 1’, the band returned home to record ‘Part 2’ in late 2019, along with producer Miro Mackie who traversed the globe to help bring Part 2 to life on the band’s home soil, leading to a tonal shift between the albums. They’re nonetheless designed to be treated as two halves of a whole, from the songs – which the band hopes will be played from beginning to end – to the artwork, which if you put the two album pictures together, depicts a full day, a yin and yang, a full spectrum of the Positive rising existence.

With a moodier tone than its predecessor, Positive Rising: Part 2 draws the outline of an apocalyptic scene, one that sees the band – Shane Parsons, Simon Ridley and Lachlan Ewbank – stepping outside of themselves, seeking out new perspectives and surveying the world from above. From up there, they don’t always like what they see, but Positive Rising: Part 2 offers a somewhat-hopeful ending to the sprawling rock saga.

When talking about the title track, Shane Parsons sums up the ethos of the album name beautifully. “Positive Rising is the closing song of the two-part album. The track comes from thoughts of an undercurrent of positivity throughout this world making its way to the surface. Starting small and developing into something that could potentially change lives for the better.”

‘Fired Up’ is an anthemic sonic pep talk, built for the live stage. It’s drenched in everything DZ Deathrays fans adore about the band, and a showcase of what Positive Rising: Part 2 has in store. 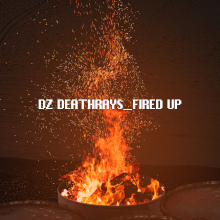 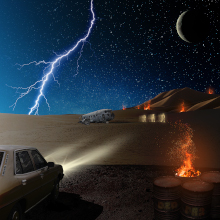