Glowing In The Dark

Over the course of their extraordinarily accomplished discography to date, Django Django have constantly headed left where others have gone right. Recently described by The Guardian as “making music that sounds close to perfection” , they are known for their genre defying eclectic sound and their new album “Glowing in the Dark”, out today, heralds, once again, the beginning of a thrilling new era for the band.

Already drawing rave reviews from the likes of Uncut, Mojo, Loud and Quiet and more, Glowing in the Dark has a running theme of escape. Escape from despair, from constraints, from small town life, and even, in dreams, from the Earth, as on the propulsive title track.

The miniature road movie “Waking Up”, meanwhile, with its hints of T Rex and Serge Gainsbourg’s “Bonnie and Clyde” might be mainly acoustic and softly sung, but it rockets along with breathless anticipation, the addition of Gainsbourg’s daughter Charlotte on vocals adding extra glamour, and “Free From Gravity” might be the most complete expression of the band’s influences coming together, with beautiful cascading bleep melodies and strings wrapping around the funkiest stop-start drum machine and a relentlessly infectious bassline to perfectly embody the bittersweet theme of yearning to “escape everything that’s weighing you down”.

It’s a glorious move forward, infused with the kind of freshness and confidence that comes hand in hand with a newfound optimism. Glowing in the Dark is a record about escape but also one full of hope: and that’s the sound of experience, because this is a band who know what it is to exceed even your wildest dreams.

Glowing in the Dark is out now via Because Music / Caroline Australia. 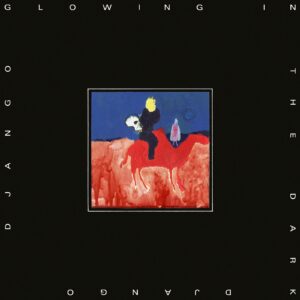