Local singer-songwriter extraordinaire, Didirri, today unveils his breathtaking new single ‘Begin Again’ with a run of east coast tour dates. The release of the aptly titled track also coincides with the announcement of Didirri’s new management and label teams; signing with Greg Carey and Michael Ridgewell for management (The Rubens, Urthboy, Mia Wray) and the label team at Liberation Records (Vance Joy, Julia Jacklin, Mansionair), who will now represent Didirri for the world.

In a world craving transparency, Didirri has captivated fans with his magnetic charisma and honest approach to songwriting. ‘Begin Again’ continues to do just this; the moving song is an aural feast, where introspective, intimate lyrics are bedded within a cinematic soundscape that gently carries the listener away. Echoing the sentiment of life meeting art, the song’s lyrics hark at a blossoming new chapter for the now Melbourne-based artist.

“Old feelings can become as fresh as they ever were by a touch in the right place or by the look in their eyes. There has been a rebirth in me. A new (and old) sense of creativity, of purpose and of love. I wrote Begin Again in the midst of the pandemic, a learning time in so many ways.  I came to the quiet conclusion that starting with a complex ending in mind is a foolish way of being. Always begin from a place of simplicity, if the core of the idea, relationship or path feels good then you are surely on the way.”

“Something has changed in me and I don’t see myself going back anytime soon. This song is an attempt to capture this feeling. I feel alive and present like I haven’t since I first fell for the music. Begin Again is the jumping off point of a new chapter that I can put to my name and run with for a long time to come.”

‘Begin Again’ offers the first glimpse at a swag of new material that will make up Didirri’s awaited debut album and lands alongside a hypnotic video from acclaimed director Bill Bleakley.

Of Didirri’s signing to Liberation Records, Managing Director Damian Slevison says:“We’re absolutely thrilled to be working with Didirri on a global level to help take his sublime songs to the world. He’s an incredibly driven and self-motivated artist, and paired with a stunning collection of new material our team couldn’t be more inspired. Begin Again is an incredibly apt and poetic way to start this relationship and simply melts you from the very first lines.”

Didirri’s previous releases, which includes 2020’s Sold for Sale EP and 2018’s Measurements EP, have amassed over 75 million streams at DSPs globally, secured an ARIA gold-accreditation for single ‘Blind You’, seen him sell out tours both locally and abroad, and perform at festivals including Splendour In The Grass, The Great Escape, Latitude and Primavera Sound.

Now with two new passionate teams in his corner and a host of brilliant fresh material ready to be released, a reborn Didirri is ready to take things to the next level. 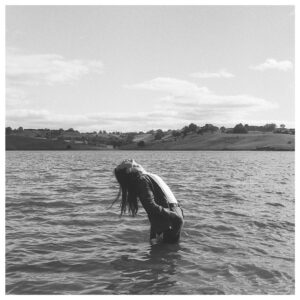