Shrewsbury-born singer-songwriter Dan Owen has never been one to conceal his feelings, actively normalising men’s mental wellbeing alongside healthy thought expression through his songs and beyond. Now, he exhibits the urgency of this in a powerful acoustic ballad titled Radio Tower.

The emotionally charged single comes in a stripped-back acoustic, accompanied with Dan’s powerful vocals which makes for an overall beautifully heart wrenching piece. 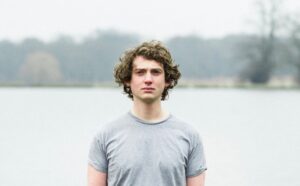 Radio Tower explores a fallen relationship and neglect of a past self, which also mirrors the disintegrating state of seaside towns in Northern England, where the years have shown a lack of investment which has sapped the area of its working class pride and the globalisation which has seen tourism drop. Essentially, leaving behind everything one was accustomed to.

Elaborating on the single, Dan states “Growing up is the same, though – falling in love is the same. Except, maybe it can’t last. There is just too much stacked against it. Maybe that makes it more real? When you know you’re about to lose something, you linger on every moment”.

Having only kicked off his career in recent years, Dan Owen has been gaining momentum at an unreal speed, garnering over 400,000 monthly listeners on Spotify, as well as gaining over 23 million streams on last years’ Made Love To You, his 2018 debut album Stay Awake With Me, amassing 60M streams to date and his other singles not falling behind in numbers.

Radio Tower unveils a different layer of Dan’s potential, his musical ability has birthed to a rich selection of music in his repertoire, spanning blues, rock, and pop. Dan Owen has a definitive raw grit that can command any song, definitely a talent worth keeping an eye on in the years to come.