The ‘If I Don’t Hear From You Tonight’ singer is currently on the road in the USA, hitting stages across the States in support of her recently released, critically acclaimed third album Things Take Time, Take Time, out now via Milk! Records / Remote Control.

VIDEO: ‘If I Don’t Hear From You Tonight’ by Courtney Barnett

Due to overwhelming demand from fans back home, promoters are pleased to announce Barnett’s show at Melbourne’s The Forum on Thursday 17 March is officially sold out! A 2nd Melbourne performance for Friday 18 March has been added today, with Barnett now set to play back-to-back nights at the iconic venue.

Sydney fans, we’ve got the news you’ve been waiting for. Supported by the NSW Government together with ARIA (Australian Recording Industry Association), Courtney Barnett will also perform a headline show at the Enmore Theatre on Friday 25 March. The gig is part of the Great Southern Nights initiative – a celebration of live music in March and April 2022, which will see hundreds of live COVID-safe gigs taking place across Greater Sydney and regional NSW.

Tickets to both new dates announced here are on sale now – head to frontiertouring.com/courtneybarnett.

Fans in Perth and Brisbane should also make a move, with tickets being snapped up quick-smart for two previously announced shows: Perth’s Astor Theatre on Thursday 10 March, and Brisbane’s The Tivoli, on Saturday 26 March.

Today we also announce that Barnett will be joined at all dates by Wergaia / Wemba Wemba songwriter and artist Alice Skye. It’s been a huge year for the Naarm-based singer, who released her hugely anticipated sophomore album I Feel Better But I Don’t Feel Good back in July, while she also collaborated with Midnight Oil on their release The Makarrata Project and featured on US superstar Moby’s latest album Reprise. Charming, driven and emotionally astute, Alice is one of Australia’s brightest and most prolific lyricists. With gorgeous tracks like ‘Party Tricks’, it’s no surprise her name is on everyone’s lips.

One of the most crucial voices of our time, don’t miss Courtney Barnett live on stage, touring March 2022! 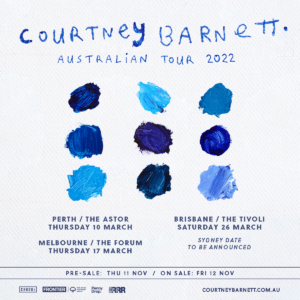 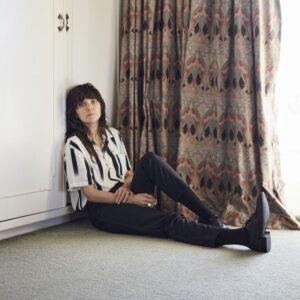