Touring in April and May.

Coast and Ocean is Alex Johnson. Growing up on the South Coast of NSW, with the ocean by his feet has certainly influenced his fresh musical style of R&B, surf hip-hop & soul. Today sees him release his new single ‘Lost’!

Speaking about his new single ‘Lost!’, Coast and Ocean says, “I wanted to give a new positive meaning to being LOST and what it means to discover yourself….. off the back of a global pandemic where people have experienced being lost by other means ie. lost in fear, hurt, pain and sadness, the timing could not be any more perfect for the release of LOST which is a beacon of light to send a positive message to people all around the world that they too can get LOST in a world of Love, Happiness, Health, joy and abundance.”

Since releasing his first single ‘Lindsay Lohan’ in 2017, Coast and Ocean has achieved remarkable success with over 700,000+ streams of his singles.  He has toured across Australia, New Zealand, Europe and SouthEast Asia and supported the likes of Lime Cordiale, Hot Potato Band, Lyall Moloney, Ty Dolla $ign, Peach Furr, and Dylan Joel.

COAST AND OCEAN LOST! TOUR DATES
*Locations to be announced on the day

Growth is a common theme throughout his music, expressing how important it is to grow, seek adventure and change in positive ways. “I feel like “LOST” is at heart about discovering new places, through the eyes of a child. I was living throughout Europe for a couple of years and playing shows, playing festivals and busking a lot. Living the life as a new established artist, I remember how exciting and empowering that feeling was. I was LOST in adventure, happiness, and touring wherever I wanted.”
Coast and Ocean

The Lost video filmed on the Gold Coast, was directed by Carl Tomish. “This Music Video is the most fun party I’ve ever experienced, I was styled, pampered, and fed. I gave up alcohol and really focused on all the good things in my life. My team is the most amazing crew of humans, I am truly blessed, I was asking the universe for a music video like this one, drone shots, a big yacht, my friends and a huge party to celebrate the new single!… The universe delivered. That’s all I wanted to do and we did it. I Had the time of my life!”
Coast and Ocean 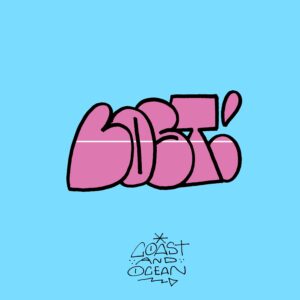