Sydney’s Chelsea Warner is back with her second release for the year in ‘Not In The Mood’. Another playful R&B jam, this new song is beginning a period of evolution for Chelsea as a confident lyricist and producer, growing her sound and style with musings on the exploration of self-love and coming of age.

‘Not In The Mood’ was produced by Chelsea Warner, and formidable pop/Alt-R&B artist, songwriter and producer, Maribelle (Vetta Borne) with Matt ‘Xiro’ Fioravanti (Kymie, Tasman Keith, Kwame) as mastering engineer.

“Not In The Mood is about spending quality time with yourself. Hidden within its sassy, standoffish veneer is a profound self-love that says it’s okay to just enjoy your own company. I wrote this track to try and understand myself better, noticing my desire to be more and more introverted. It’s a love song to solitude, and a diss to people who can make you crave it.”
CHELSEA WARNER

The multi-instrumentalist (vocals, keys, guitar, bass) wrote ‘Not In The Mood’ at the beginning of 2020 where the experience of isolation helped trigger potent songwriting ideas, Chelsea saying “I realised just how profoundly fulfilling spending time alone is, and really reconnected with myself for the first time in a while. I also realised it was exhausting interacting with people so often and that, this whole time, I was quite introverted.

Sonically, the track moves between snapshots of gritty, jazzy R&B, laid back vibes and pop music, thus one again showcasing Chelsea’s superior production prowess. “I made the beat first before writing the track, and this was the first time I’d done things in that order. Now it’s one of the main ways I write, since I spend so much time making beats. I remember stumbling on these weird chords when I was playing keys and thinking they were a cool basis for a song, then building everything else up from there! Like everything else last year, writing this was a blur, but I clearly had something I needed to say!”
CHELSEA WARNER 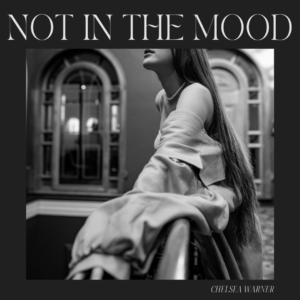 For fans of alt-R&B acts such as Solange, KAYTRANADA and Milan Ring, Chelsea Warner’s debut EP ‘Drama’ sets her apart in Australia’s expanding neo soul scene. The EP features a collection of songs from a young woman evolving from girlhood to a more well rounded brilliant R&B artist in the making.

“My debut EP  is an alternative R&B record that details my coming of age and self-actualisation. ‘Drama’ is the drama of living. The drama of growing up. The theatricality of the world. The way it feels like a stage, or that you’re always waiting to be seen. Either chasing or shrivelling up under the spotlight. The competitive, anxiety-inducing headrush of constantly unpacking the world and your place in it. The invisible audience that shadows you throughout adolescence, informing every moment and every decision. The main character energy in the narrative of coming of age.” Chelsea Warner

Single: ‘Not In The Mood’ is out now
EP: ‘Drama’ is released Friday, November 5 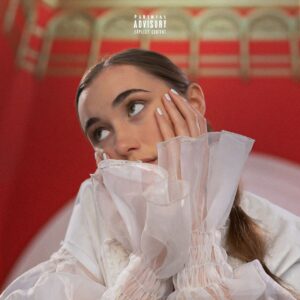