Inspired by the inaction taken by the Liberal government during the wake of the 2019 and 2020 bushfires, “BLACK SKIES” acts as a reminder, as well as a warning, of the fury that is growing from those affected by the state of power and those who abuse it.

Mixed, mastered and recorded from the depths of 2021 with Mark Williamson of Keywork Audio (Inertia, Revoid), “BLACK SKIES” was inspired by the 2019 bushfires and the negligence from Australian power. “We still remember driving home under smoke, and waking up every day under a burnt orange/red sky that gradually darkened,” explains the band. “We can’t help but feel like that was a taste of things to come, especially as we see more and more violations across the globe of corrupt leadership ruining the lives of millions. In the end, nobody is safe, we must be the ones to act, or we will all burn in the consequences.”

On Friday June 24 Broken Earth will join Traces on their headline show at The Burdekin Hotel in Sydney, where the band will launch their new single live. Tickets available via Eventbrite.

Broken Earth is Raphael Smith (vocalist), Daniel Trott (guitarist), Benjamin Robinson(guitarist) and Sebastian Weir (drummer). Formed after the disbanding of a previous band Smith, Trott and Robinson had been members, the quartet reconnected with Broken Earth and have focussed their efforts on making music inspired by the influences of their inner teenager.

Launching in May 2019, the band set out to solidify themselves as a band to watch and spent most of their first year playing shows across NSW and ACT with bands to the liked of Pridelands, Isotopes and Reliqa.

After just three shows, the quartet entered the studio with Christopher Vernon (Belle Haven, Better Half) and Darcy Handley (Terra) and released “Dance In The Dark” and “Somniphobia” which saw considerable success with airtime across triple j, Triple M, an add to Homegrown and Heavy on Spotify as well as love from HEAVY Mag, Hysteria and more.

As the lockdowns have lifted, Broken Earth have gone on to play with some of the biggest names in Australian heavy music including The Beautiful Monument, Belle Haven, Diamond Construct, Bloom and more. Broken Earth are looking to leave a mark on the Australian alternative industry and to prove they are here to stay with this rawer, angrier and more passionate chapter. 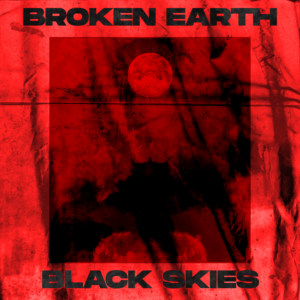 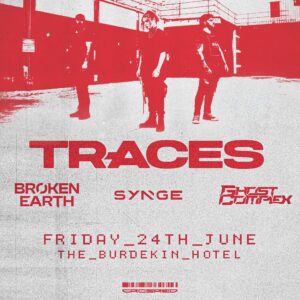