kick things up another notch with new single ‘Liquid Sunshine’

Following on from the fired up ‘Good Girls’ single release in May, Brisbane four piece Smoking Martha serve up another dose of slick rock music in new track, ‘Liquid Sunshine’.

The song is another prime example of the band’s dynamism. From Natasha Doherty’s powerful vocals, through to the band’s hold on arrangement and production.

The way Smoking Martha work together has bred some impressive music over the years and now, with two of their strongest releases to date out in the ether, the Brissy group have taken one strong stride forward.

With ‘Liquid Sunshine’, Smoking Martha were back on the tools at Studio Circuit with producers Matt Bartlem (Lastlings, Boo Seeka) and Luke Palmer (Dead Letter Circus) to work on the new material. With Bartlem also on mixing and mastering duties, Smoking Martha galvanised their work as artists and producers with a veritable dream team.

Taken from the forthcoming new Smoking Martha album, ‘Liquid Sunshine’ provides a strong insight into the sounds dictating the band’s next full record of material. The band has been working with the prolific Mark Opitz (AC/DC, Divinyls, INXS) on what is set to be their most definitive set of work yet.

‘Liquid Sunshine’ is out now. 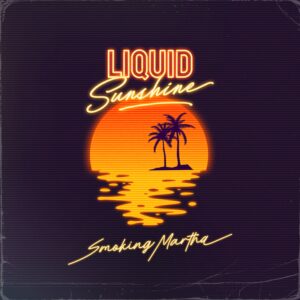