PRODUCED BY THE NEPTUNES

“Wasting Time” heralds the impending arrival of Brent’s anxiously awaited New EP. Once again, the multi-platinum artist, innovative influencer and mogul has been dominating the cultural conversation across music.

Already armed with a multitude of loving fans, Faiyaz confident R&B projects have won both commercial and critical success. The rising star continues to cultivate a reputation with rhythm and soul, with more tracks leaning towards authenticity, and others leaning towards a subtle alternative influence as he takes inspiration from multiple genres.

Brent Faiyaz has cemented himself as one of the World’s leading artists and most formidable talents. The rising star is definitely set to be a once-in-a-generation talent.

“Wasting Time” is available on all platforms now. 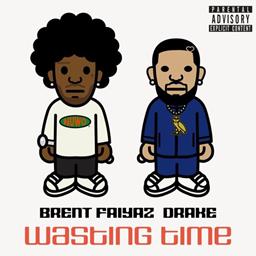 “If you’re a student of R&B music you’re likely to have come across Brent Faiyaz’s iridescent sounds.” – NME