The hype surrounding Brent has significantly grown since his last EP, Fuck The Work in early 2020, leading to collaborations with Grammy nominated Tyler The Creator“Gravity” – no.71 on Hot 100. Previous Neptunes-produced single “Wasting Time” featuring billboard & Grammy star Drake, peaked in the top 50 of the Hot 100. Most recently collaborating with Tems, Baby Keem, Meek Mill and 2 Chainz!

Already armed with a multitude of loving fans, Faiyaz confident R&B projects have won both commercial and critical success. The rising star continues to cultivate a reputation with rhythm and soul, with more tracks leaning towards authenticity, and others leaning towards a subtle alternative influence as he takes inspiration from multiple genres.

Brent Faiyaz has cemented himself as one of the World’s leading artists and most formidable talents. The rising star is definitely set to be a once-in-a-generation talent.

“Brent Faiyaz has established himself as a brutally honest songwriter for the early hours.” – FADER

“If you’re a student of R&B music you’re likely to have come across Brent Faiyaz’s iridescent sounds.” – NME 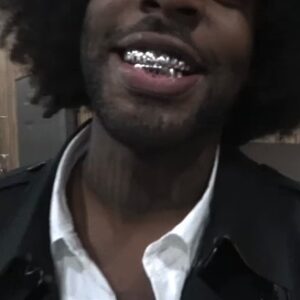 “Mercedes” is available on all platforms now. Official single artwork above