‘Therapy’ is introduced with temperate guitars, amidst a sumptuous texture of precise percussion and swaying bass. Shimmering with cordiality, the sweltering flow of feature artist Citizen Kay floats naturally above as the song progresses into its prominent chorus; highlighted with delicate synths and front man Carlos Lara’s iridescent stride. MAXINE’s effortless melodies compliment the track before it glides towards a polyphonic finale, punctuated with harmonious acapella vocals.

Lara explains the message behind ‘Therapy’:

“Sometimes, your therapy can be music or switching off in front of the TV, but sometimes not even our biggest distractions are enough. It’s okay to ask for help, it’s okay to not be okay.”

Previous single ‘All About You’ ft. Saint Lane was strongly embraced by Spotify, Apple Music and online tastemakers Pilerats, NME, AUD$ and many others. The track was also added to rotation on The Edge 96.ONE and received further radio support from Double J, 4ZZZ, RTR FM, SYN FM, SUN FM (NZ), Radio Metro and Noosa FM.

The release of new material has also seen the band hit their highest ever streaming numbers, with 296.9k monthly listeners on Spotify (a near 50% increase within a month).

Since Bootleg Rascal’s mid-2013 inception, the group have frequently released critically-praised and fan-adored music that has yielded them a career spanning close to ten years.

They’re a mainstay on the Australian and New Zealand live scene, and have sold-out multiple shows in France, UK, Netherlands, Germany, USA, New Zealand and Australia.

Rising star, MAXINE, has released a slew of standout singles over the last 12 months, which have been warmly received by the likes of Spotify, triple j, triple j Unearthed, FBi Radio, Acclaim, NME, Purple Sneakers and Music Junkee.

In the coming weeks, Bootleg Rascal will reveal an accompanying music video for the track. 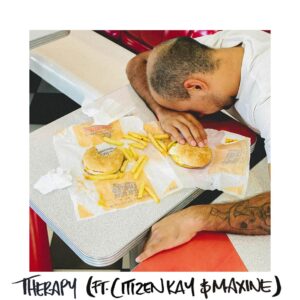 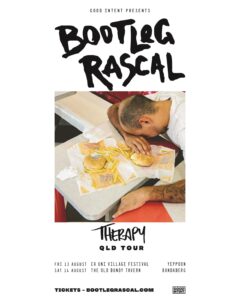