One of Australia’s most eclectic artists Bootleg Rascal have today revealed their new conceptual album ‘Sloppy Seconds’ – produced entirely by the band themselves – alongside New Zealand tour dates and a handful of supports for their upcoming Australian tour.

Featuring 2021 singles ‘All About You’ ft. Saint Lane’ and ‘Therapy’ ft. Citizen Kay & MAXINE, and past discography reimagined, the record is a diversified offering of hip-hop, indie-rock, reggae and electronica. Including reworked renditions of fan favourites such as ‘Asleep In The Machine’ and ‘Overflow’, their modern song writing skilfully blends the genres of their foundation, shining a light on certain special projects that have always been fervently imperative to the group’s enduring career.

“When the world stopped, I started to really think about projects I’ve always wanted to do but never had enough time for. One thing on the bucket list was to have made a record which embraced the whole ‘something old, new, borrowed’ concept,” explains guitarist Jimmy Young.

SUPPORT FOR SINGLES OFF ‘SLOPPY SECONDS’

“Showcasing that distinct Bootleg Rascal charm as they strive to new heights, and further their sound to a newfound peak even so deep into their career.”Pilerats (AUS)

“Kicking it up a notch.”triple j (AUS)

In celebration of the release and joining Select Music, Bootleg Rascal will embark on an 20-date headline tour across Australia and New Zealand. This includes scheduled in Brisbane, Perth, GoldCoast, Adelaide, Melbourne, Sydney, Canberra and additional Australian regional towns, before traversing to Christchurch, Wellington and Auckland.

Singles off ‘Sloppy Seconds’ have seen widespread support from the likes of Spotify, AppleMusic, Amazon Music and via key press outlets including NME, Pilerats, Purple Sneakers, AUD$, Tone Deaf, Music Feeds, The Music, The AU Review and AAA Backstage. The music video for ‘All About You’ was added to rotation on Juice TV (NZ).

The release of new material has also seen the band hit their highest ever streaming numbers, with over 391.4k monthly listeners on Spotify (up from 200k in late-June).

Since Bootleg Rascal’s mid-2013 inception, the group have frequently released critically-praised and fan-adored music that has yielded them a career spanning close to ten years.

They’re a mainstay on the Australian and New Zealand live scene, and have sold-out multiple shows in France, UK, Netherlands, Germany, USA, New Zealand and Australia. 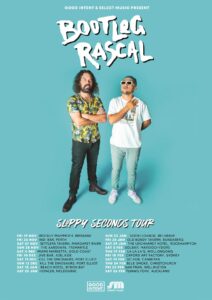 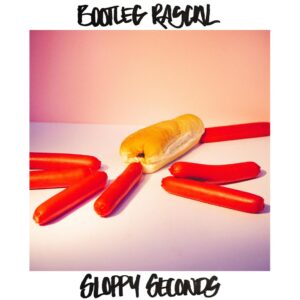