Liberation Records are ecstatic to announce the debut EP from Bali-via-Berlin electronic producer and vocalist BLOODMOON (aka Dougy Mandagi of Melbourne’s The Temper Trap), Giving Up Air, and to celebrate are sharing his latest single ‘Deeper’. The much-anticipated EP Giving Up Air is available 19 August 2022 via Liberation Records in partnership with Future Classic and the newly launched UK label Eat Your Own Ears Recordings. The single also arrives with news that BLOODMOON will premiere his live show at BIGSOUND 2022.

Written with the Italian-born, Berlin-based DJ/production duo Alessandro and Federico Fognini of Mind Against and produced by esteemed UK producer Pariah, the new single ‘Deeper’ dives further into BLOODMOON’s Berghain influences, with Dougy’s vocals floating atop syncopated percussion that sits right in the pocket. A perfect soundtrack to the early hours, ‘Deeper’ is equally energetic and soothing.

This latest single prefaces what is set to be a truly, worldly collection of songs. The six tracks traversing genre and drawing reference from a lifetime of musical and cultural influences that coalesce into Dougy’s most authentic release yet. Written across continents including a two-week stint in hotel quarantine, the EP sees Dougy work closely with his old mate from London Jagwar Ma’s Jono Ma, now based out of a studio in Byron Bay.

Across these debut singles, BLOODMOON has been widely supported at streaming, radio and press alike. ‘Disarm’, a track that first emerged on the FIFA 2022 soundtrack earlier this year and garnered a slew of fans months ahead of its official release, has since racked up over 1 million streams across DSPs, breaking into Spotify’s Viral 50 locally and featuring on playlists including Top Gaming Tracks, homework motivation, New Dance Beats, The Local List, Night Shift, Sunday Sessions and Apple Music’s Midnight City, Antidote, New In Dance, New In Electronic, New In Indie, New In Alternative, Heaps Indie and Future Dance Hits. ‘Disarm’ also received on air support globally, with spins from triple j, BBC R1, R2 and 6 Music. The BLOODMOON singles have also been reworked and reimagined by some of the most exciting producers and festival favourites on the electronic scene, with remixes from Pariah, Nathan Fake, Lonely in The Rain, Maya Jane Coles, Recondite and Karenn, proving the merit of Dougy’s songwriting and adaptability across dance and electronic genres. 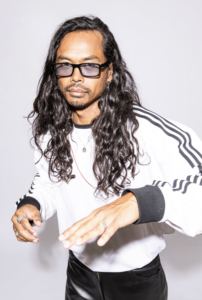 The last few weeks have also seen some amazing moments for Mandagi’s band The Temper Trap, notably Mac Miller’s ‘Love Lost’ bootleg from 2011 finally receiving an official release. Having circulated in fan forums and shortlived bootleg uploads for years, ‘Love Lost’ was released alongside a posthumous mixtape, giving Miller’s fans official versions of live favourites. The track has been instantly embraced by fans, with over 10 million streams in little more than a week. Simultaneously, ‘Sweet Disposition’, a hit single from The Temper Trap’s 2009 album Conditions, has also had a resurgence via TikTok off the back of a viral guitar cover of the undeniable hit from creator @feelingblew. Since then, the track has been added to key Spotify playlist Lorem and has seen the band grace the cover and #1 spot of Throwback Thursday AU & NZ as well as appearing in other prominent lists including Throwback Thursday (global) and GO-TO Faves.

On the live front, BLOODMOON is set to premiere his live show at BIGSOUND 2022 in Brisbane this September. It will be the first opportunity for fans and industry to meet BLOODMOON, with the project having emerged on the other side of the pandemic and many of the songs written during that period. 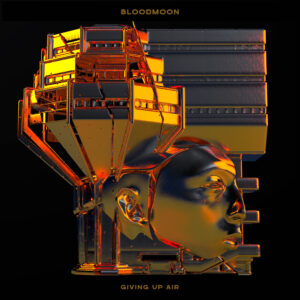