Lepizig based rock outfit, blacktoothed announced their new full length album JULI, due for release on July 29th and serve their next hit called ‘So Real‘.

“Also, this song changed a lot in the writing process which makes it really special to us, since every little detail ended up in the song, because we chose it out of all the options we had”, Hendrik adds.

The band’s latest work »JULI« was created in collaboration with the producing team of Sawdust Recordings (Christoph Wieczorek & Julian Breucker) and shows that blacktoothed have narrowed their sound and found their musical style.

“Recording JULI was a funny “3-way experience”, involving 3 different recording sessions over the course of 2 years, changing band members, finally getting the flow in our songwriting process and of course lots of bad jokes & food with our producing team (cheers!) – to sum it up, we might finally know what we are doing musically”, David, Matti & Hendrik describe their recording experience.

“With JULI, our main concern is to create awareness to the fact that we carry a lot of potential in ourselves to change the lives of our loved ones for the worse, but at the same time to recognise how we might be able to help those affected”

JULI is characterized by their unique combination of a solid rock sound with a lot of filigree guitar work, catchy pop-hooks, topped up with a touch of an 80’s vibe. Blacktoothed stand out for using and combining a wide range of stylistic elements from different genres in their songs. This is how ’80s shred guitar solos meet modern, straight rock rhythms and vocal melodies that could cover anything from power ballads to pop chart hooks. 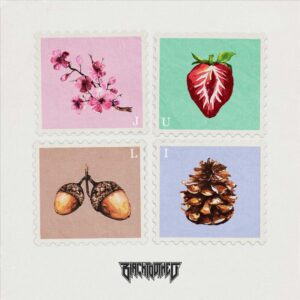 But despite the always very inspiring and motivating time during the songwriting and recording process, the band also longs to be back on stage in filled clubs, as soon as the current pandemic situation allows it. In the past few years, blacktoothed have gained a lot of live experience, having shared stages with well known bands like Acres, Annisokay, Bad Omens, Hands Like Houses, Polaris, Thundermother and many more, as well as through other live highlights, including opening up the IMPERICON FESTIVAL and many other open air concerts.

“We are very happy to take our next big step in collaboration with the Arising Empire family and look forward with great anticipation!” 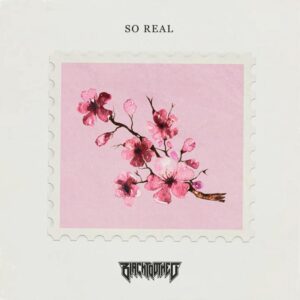