Released on 19th August, ahead of the anniversary of the original release date, 21st August, formats include a silver-coloured double heavyweight LP, plus a double picture disc and cassette (see below) available exclusively from the band’s online store, all with remastered audio.Pre-order formats and listen to the album here. 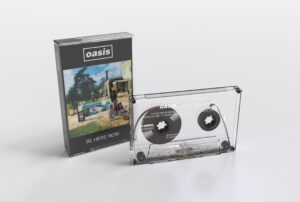 Also revealed – the brand-new lyric video for ‘D’You Know What I Mean? (NG’s 2016 Rethink)’. Watch here. The original version of the track – the epic lead single from ‘Be Here Now’ charted at No.1 in the Official UK Singles Chart on this day 25 years ago. Additional lyric videos and original Oasis content from the era will be made available throughout the campaign with special activity to celebrate the album – visit www.oasisinet.com for details and follow #BeHereNow25

Be Here Now was released on 21st August 1997 and followed the success of (What’s The Story) Morning Glory?, Oasis’ biggest selling album and the record that broke them globally. The previous summer, Oasis played to more than 250,000 people over two nights at Knebworth, with an astounding 2.5 million people applying for tickets.

With last year marking a quarter of a century since the shows, a cinematic documentary of the event was released, Oasis Knebworth 1996. Directed by Grammy Award-nominee Jake Scott, it became the UK’s Highest-Grossing Documentary of 2021. Accompanied by the definitive live album of the era-defining concerts, they received critical acclaim and rave reviews globally by both existing fans and a new generation of young followers.Listen to the live album here and watch the film here. 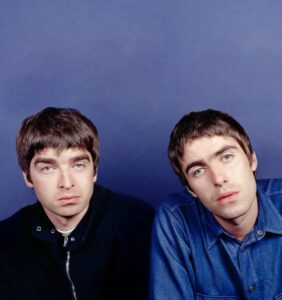 By 1997, Oasis were at the pinnacle of their success and had become omnipresent in British youth culture. The appetite for Be Here Now was immense and it was amid this overheated anticipation that they made arguably the most eagerly awaited record since the heyday of The Beatles and The Rolling Stones.

Be Here Now was produced by Owen Morris and Noel Gallagher and recorded at Abbey Road, Ridge Farm, Air, Master Rock and Orinoco Studios between November 1996 and April 1997. As well as ‘D’You Know What I Mean?’, the band’s 3rd No.1 single, the album features the ambitious 9-minute ‘All Around The World’ plus evergreen classic ‘Stand By Me’, which is one of Oasis’ most streamed tracks. The epic elements of Be Here Now are contrasted by the heartfelt introspection of ‘Don’t Go Away’ and the surreal psychedelia of ‘Magic Pie’. 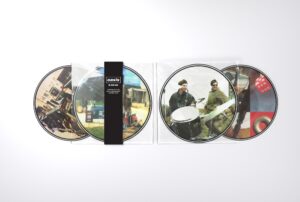 Released at midnight on Thursday 21st August 1997, at a time when most albums were released on Monday, Be Here Now sold a staggering 400,000 copies on the first day in the UK, with 663,400 sales in just 3 days. It was No.1 in fifteen countries and remained at the top of the UK Album Chart for 4 weeks. To date, it has the most album sales in the first seven days of release in UK Official Chart history and has sold over 8 million copies globally.

Be Here Now stands as a unique album in the Oasis catalogue with its unrepentant excess and supersize swagger. 25 years on, it enjoys legendary status as the sound of a generation-defining band at their absolute peak. 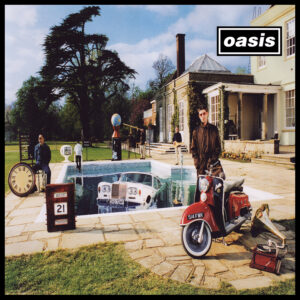 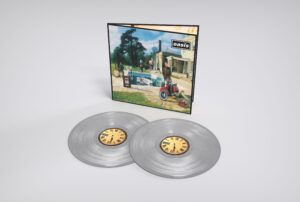