Emotional Creature was inspired by sci-fi and envisioning up new places to travel, dreaming up Y2K-esque pop sounds and galaxial imagery. The album was produced by Sean O’Keefe (Fall Out Boy, Motion City Soundtrack).

Songwriter and frontwoman Lili Trifilio says, “we are always changing, growing, and adapting – it’s a deeply ingrained part of the human experience. We strive to be stronger, trust we’ll grow smarter, and spend most of our lives reaching for comfort and happiness. Sometimes, life is stagnant, sometimes, life is difficult – but the wonderful part of being human is that we evolve and make the bleak moments beautiful – we find new ways to survive. Humans are emotional creatures and I wanted to capture that with this album in order to show how complex, sometimes tragic, and mostly wonderful the human experience can be.”

Beach Bunny released their debut album Honeymoon to critical acclaim in early 2020, receiving Best Of The Year nods from New York Times and Rolling Stone. Honeymoon featured the viral hit single ‘Cloud 9’, certified gold in Australia and the US, which reached #7 on the TikTok Sounds Chart with 2 million videos created using the song.

Beach Bunny have recently ticked over 1 billion streams globally. Next month they will take their energetic live show on a 35 date North American and European tour and will make their Coachella and Primavera Sound debuts. 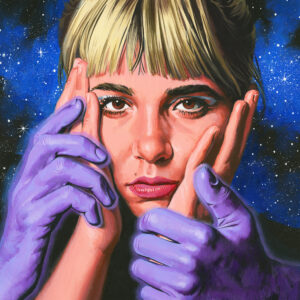