‘La Ballade de la Mer (The Ballad of the Sea) is a song inspired by folk songs of the 70’s.  The song is a very personal song about navigating my way to happiness and contains many French idioms about the sea and pulling up the anchor to find fresh horizons….and taking the wheel of your own boat!” 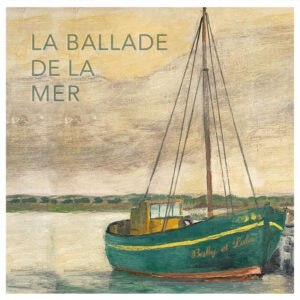 Of the single artwork ‘When it came time to think about cover art options, I was literally staring vacantly at my boat painting wondering what the cover should be!  When I pulled focus and realised I was staring directly at this boat painting, I laughed out loud at how great life is.  I bought it many years ago at a market and, in my two last places I’ve lived it has been hung outside above my daybed.  It gets pretty blown about on my current balcony but I just love it and the light changes on the paint all the time. Sometimes it’s stormy and foreboding and other times it is a calm, safe harbour… Although now a little worn, it was painted in 1952 by Patricia Reynolds, aged 15.’ 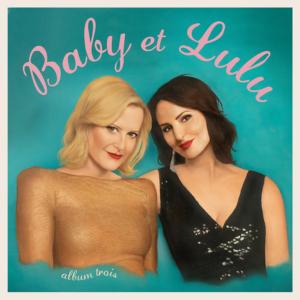 Album Trois album is released on September 3 through MGM Distribution and can be pre-ordered here.