Overcome’ is a cracked window into AVIANA’s soul, using emotionally naked lyrics and flickeringly heavy beats to explore the darkest of human emotions that are constantly haunting and taunting us.

Holmqvist comments on the new single: “This song is a special one. The sound of ‘Overcome’ doesn’t really affiliate with any other song we’ve been written before. But it’s a tune that I’m really proud of and I’m really looking forward to see how it will be received by the fans.

I would describe it as a bouncy “Djent Rock vs Industrial Metal” kind of song. We’ve added some really cool electronic stuff in this one, like a 808 synth and I’ve played around a lot with my voice to try out new stuff and keep things fresh and interesting.”

Last year many people experienced dark times and suffered great loss. Joel Holmqvist, vocalist of Swedish metalcore act AVIANA , was one of those people. Despite the successful release of their sophomore album »Epicenter« via Arising Empire in 2019, all his former bandmates declared they were leaving AVIANA in March 2020.

Holmqvist explains: “I was in a dark place for a long time when my former bandmates decided to leave the band. It was hard! I think these songs reflect all those feelings and thoughts that I had to fight during that difficult time,” he explains.

However, Holmqvist quickly realised that he was not done with AVIANA  and decided to continue with the project himself. Throughout the pandemic, he has gathered strength to build something new and special – the next chapter of AVIANA .

AVIANA’s new sound is heavier than ever before and offers a taste of what’s to come, Holmqvist assures.”I’m building this up with the new Aviana now. There’s a new chapter, a new story and a new era coming!” he concludes. 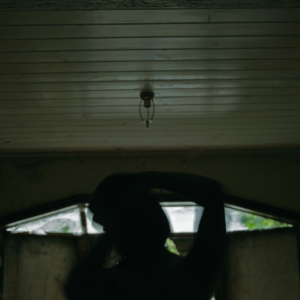